The Value of Reading Marvel Comics in Chinese

Last month my friend Zach Franklin and I spent a half-hour in a recording studio talking about reading Marvel graphic novels as a way to practice Chinese. Not sure how often I’ll do this kind of recording, but hopefully you Chinese learners will find it interesting! 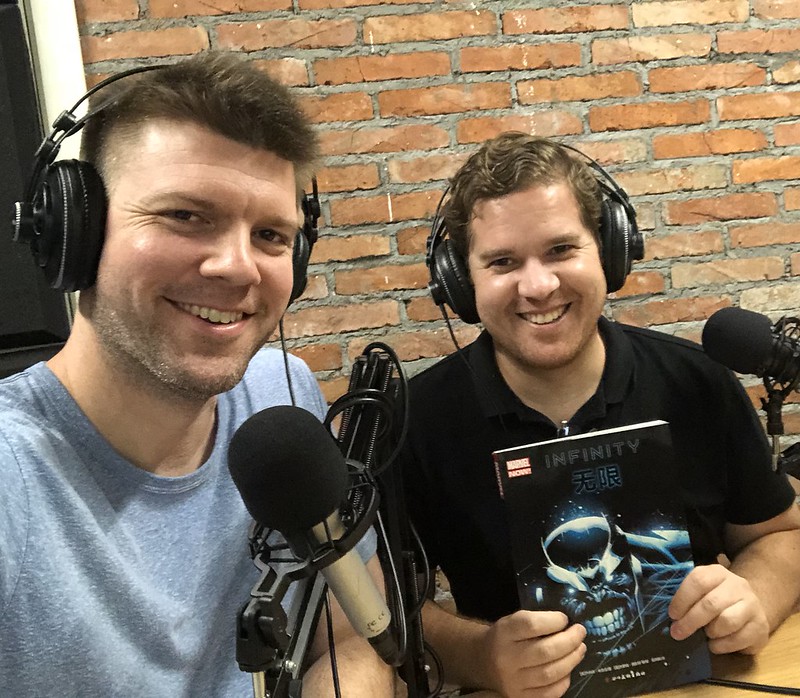 The last interview I did of Zach was all text, for the 2010 interview post The Value of a Master’s in Chinese Economics. Now you get to hear his voice and learn a bit more about how he uses his Chinese for less serious endeavors.

The book we talk about (aside from Harry Potter) is Marvel’s Infinity, or 无限 in Chinese (in Zach’s hands above).

Here are a few markers for the audio, as well as some of the Chinese mentioned in our conversation:

The front of the book has a list of all the Marvel characters’ Chinese names, and here are the sections that relate to this podcast (apologies for the quality; it’s a photo of a physical book!): 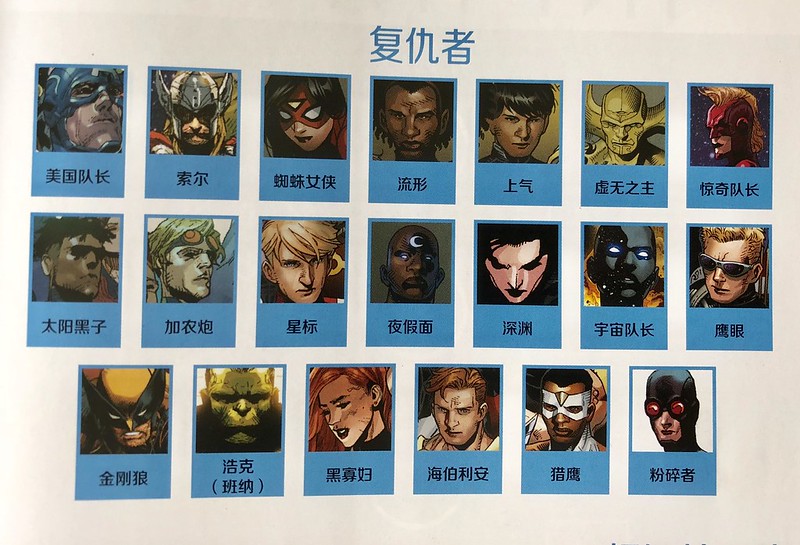 Here we can see the members of the Black Order more clearly: 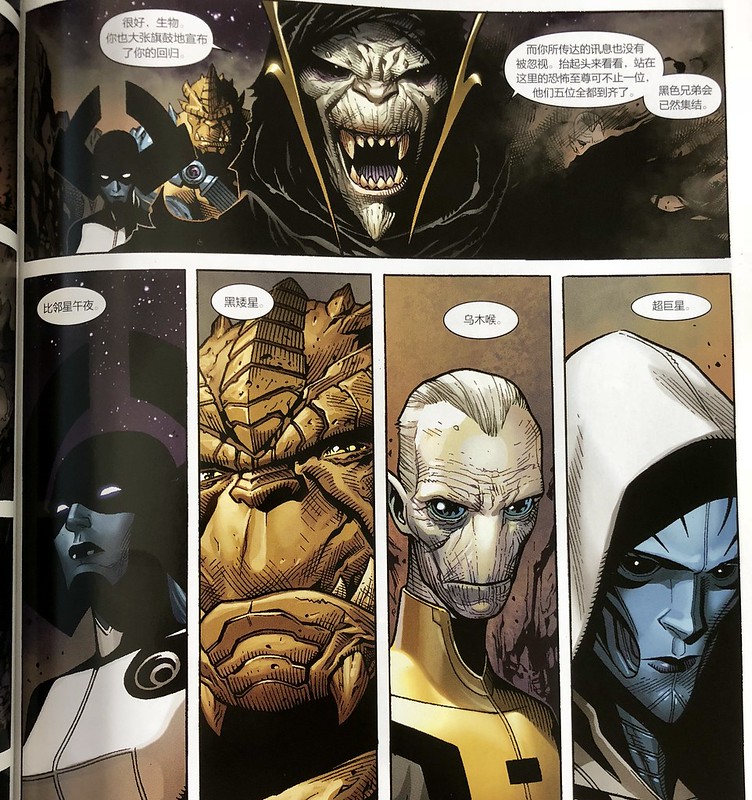 And, just for balance, here are a few shots where the Chinese used is actually really easy to read: 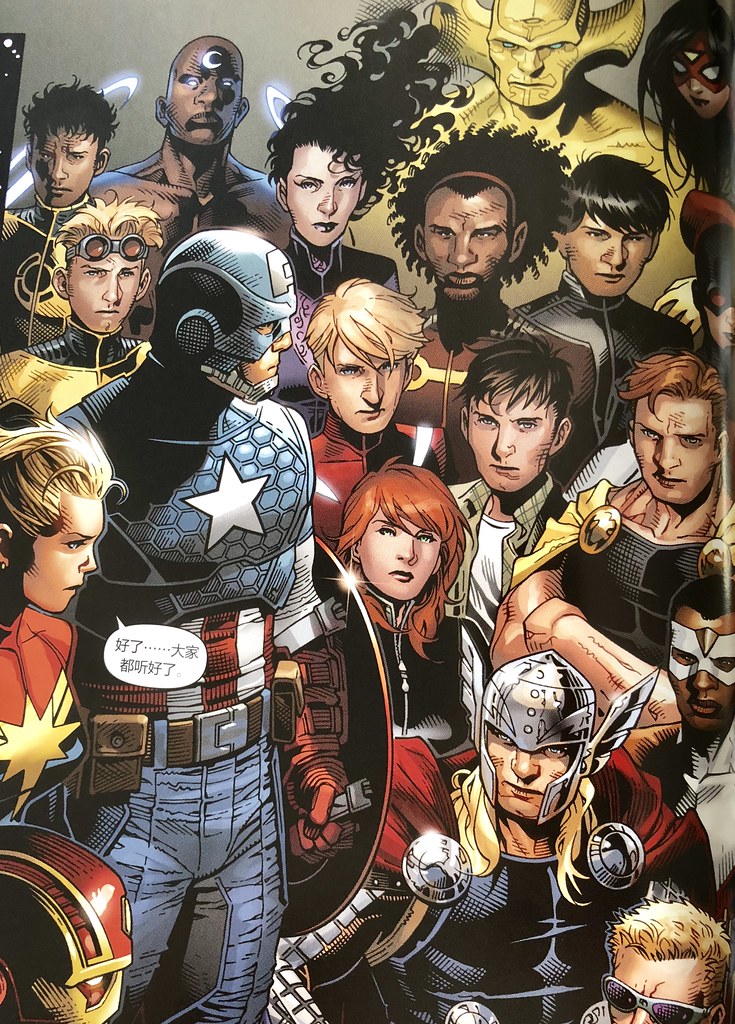 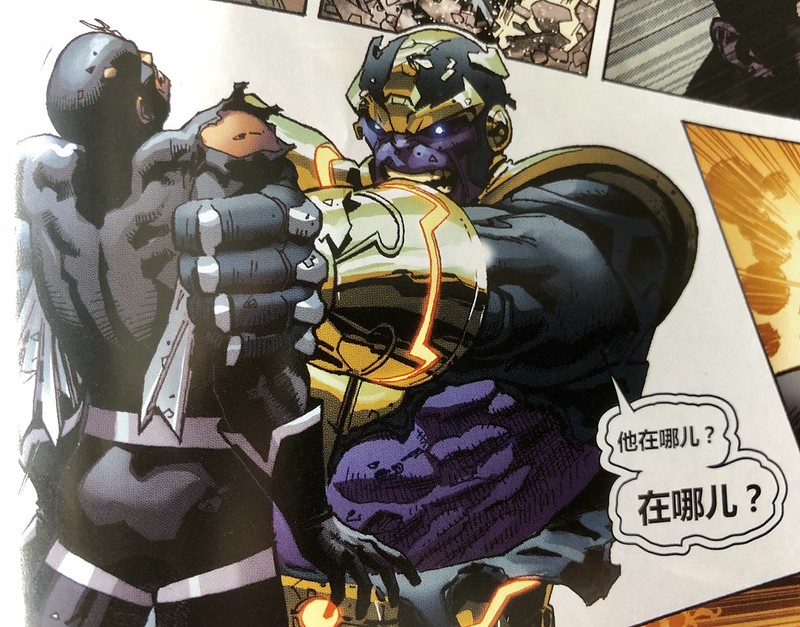 Finally, a few cases where apparently translation was not really an option (or maybe just too much trouble): 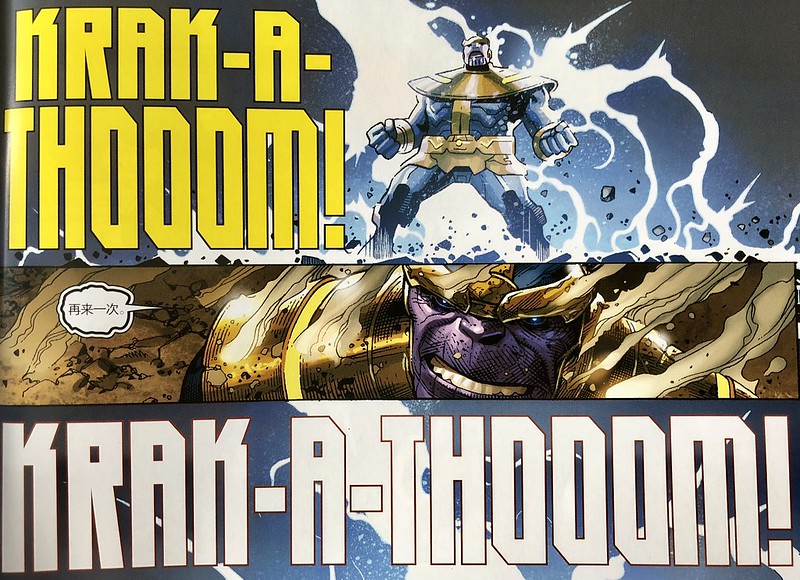 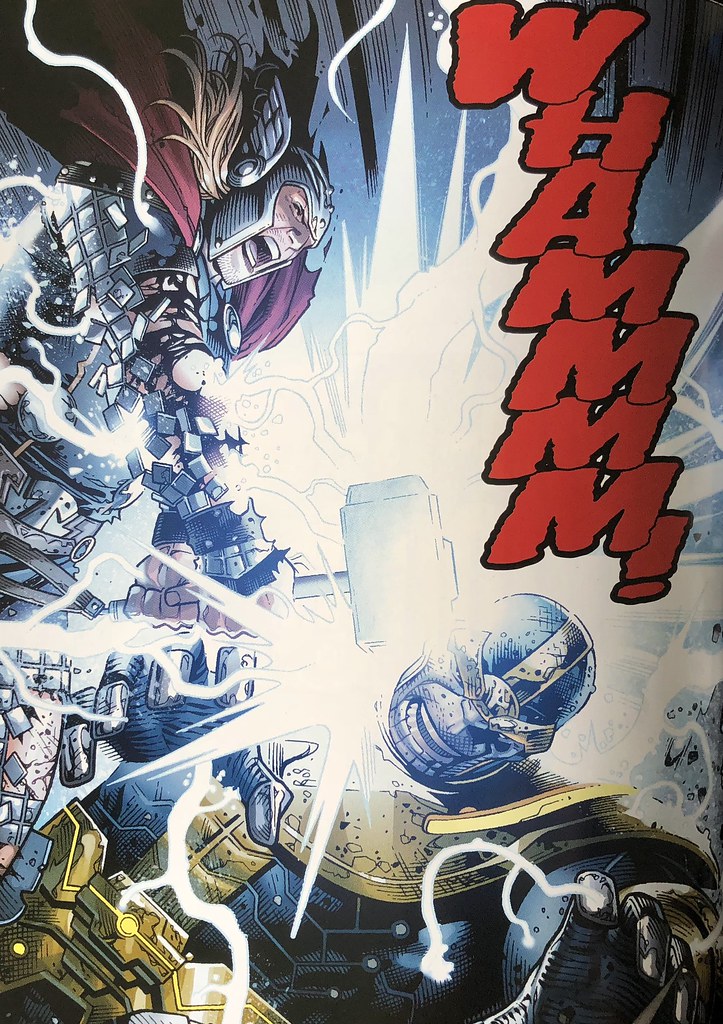 If anyone has a question for Zach, please leave a comment on this blog post, and I’ll gleefully harass him until he answers!

Big Taste, as in “Spicy” The other night I was enjoying a simple meal by myself in a dongbei (northeast China) restaurant. I overheard an exchange between two women and the restaurant owner. It went something like this:

> Woman: 上次点的菜太淡了，我们要味儿大一点的。 Last time our food was too bland. We want the taste to be “bigger.”

> [the dishes are served, the women try them]

> Woman: 服务员，我们刚才说过了，我们要味儿大一点的。 Server, we just told you: we want the taste “bigger.”

> Server: 你这个“味儿大”啥意思？是说咸点，还是什么？ What do you mean, “bigger?” Saltier, or what?

> Server: 那，你本来就应该说“辣点”。 Then you should have just said “spicy” in the first place…

> [The server takes the dish away to make it spicier, grumbling a bit.]

I was intrigued by this exchange for several reasons. First, neither party was from the Shanghai region, so the miscommunication couldn’t be blamed on the north-south divide that you typically see in Shanghai (like the baozi / mantou distinction). Second, the women were using an expression which, although simple, I had never heard either, and I couldn’t find listed in any of the dictionaries in Pleco (I was looking it up while eavesdropping on their conversation). And third, any time groups of Chinese people have trouble communicating, it’s interesting to me for linguistic reasons, as well as somewhat comforting, as a student who has experienced his own fair share of frustrating communication difficulties.

Also, since the word 味儿 can refer to odor as well as taste, in the absence of clear context, a more likely interpretation of 味儿大 is “strong-smelling,” or, quite possibly, “stinky.”

Anyway, after I finished my meal, I decided to go over and ask the women about the 味儿大 expression they used, where they were from, etc. They were extremely cooperative. It turns out they’re from Yichang (宜昌). I recorded the conversation, edited it down a little, and have included it for your amusement.