I was tempted to use a title like, “You think this guy is just selling watermelons, but you won’t believe what he does next!”

Anyway, on my morning commute, I passed this dejected-looking vendor, eyes downcast, as he shirtlessly watched over his truckload of watermelons. He was staring at his scale, and I imagined he was thinking about how absurd it is that this electronic device determines his income. 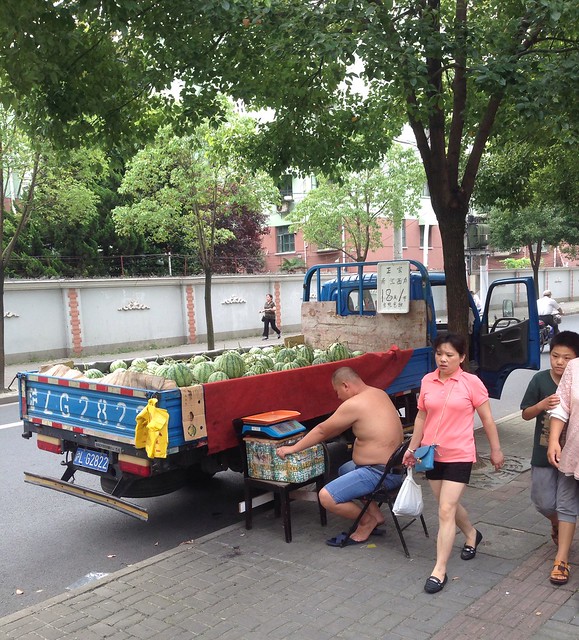 As I got closer, I saw what he was actually doing. 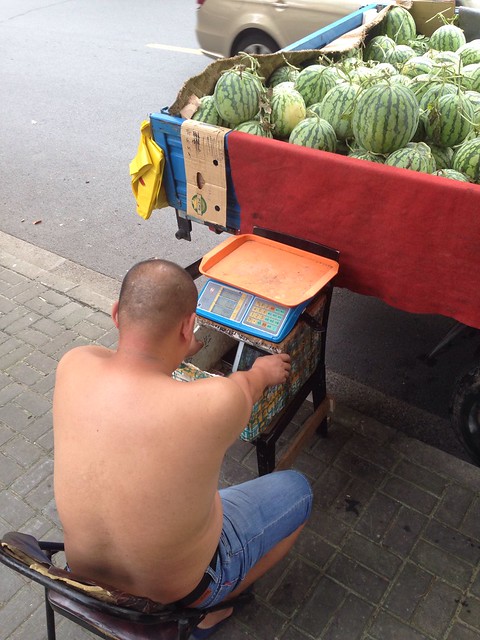 Yeah, that’s an iPad. Watermelon guy was watching some kind of drama (but due to bad luck, the screen was black right when I snapped this shot).