I recently got this as part of an email from my Chinese bank, China Merchants Bank (CMB / 招商银行): 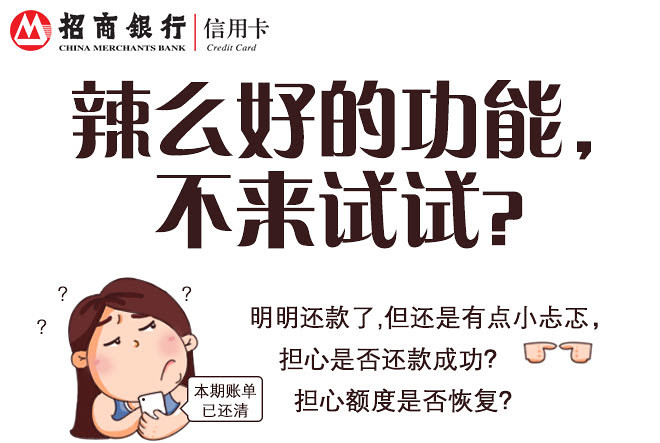 In case it’s not obvious, for the “cute” fangyan (方言) flavor, the normal word 那么 has been substituted with 辣么 (a non-word). The tone stays the same, but the “n” sound is swapped for an “l” sound, which is common in some fangyan/regional accents, such as the Hunan or Fujian accent.

This has been a trend lately, and you see it a lot, both on Chinese friends’ WeChat Moments as well as in advertising. Here are some others you might notice:

These types of usages are frequently lumped together with other forms of “netspeak” (网络语), but they do share the special feature of swapping a character (or two) to mimic a regional accent. (Have I missed any super common ones?)

These can be especially annoying for learners, because a lot of dictionaries don’t list these slangy words. It’s a great feeling when you start identifying them on your own, but to get to that point, you’re probably going to need to have more than a few conversations with speakers of non-standard Mandarin. The ad at the top of this article just goes to show that even if you try to be elitist and keep your ears “pure” with nothing but 100% standard Mandarin, the non-standard stuff will leak in through the intertubes…

We often think of “linguistic diversity” referring to the existence of minority languages in an area. But it can also refer to the varying dialects of a region, which in China would include topolects, AKA 方言. When you throw various forms of language together in a single geographical area, they don’t stay distinct; they bleed into each other in interesting ways.

Here are a few anecdotes about that, and what we’re potentially losing when a large region’s language becomes one shade of plain vanilla.

I learned the basics of Mandarin in Hangzhou, where not so many people speak “standard Chinese.” I had to constantly check dictionaries to make sure I was learning the proper pronunciation of new words, because the pinyin sounds “ch/sh/zh” were always being pronounced as “c/s/z”, as southern Chinese tend to do. This was annoying it times, but it didn’t bother me too much, because it was simply the way things were.

Fast forward a few years. I witnessed students of Mandarin visiting Hangzhou from Beijing, absolutely livid because no one in Hangzhou spoke “proper Chinese,” and they couldn’t understand anything. They were used to extremely standard Mandarin, with a bit of Beijing dialect for flavor, but not this.

The whole thing was amusing to me, because not only could I easily understand what they could not, but when I visited Beijing, the locals were so easy to understand that it was surreal, as if every word that came out of every Beijinger’s mouth was a recording from a textbook dialog.

(Note: Americans, when visiting the UK for the first time, may have a similar experience to these students of Chinese in Beijing.)

Fading Tolerance for the Nonstandard

When we had our second baby, we hired a yuesao (post-natal caregiver, 月嫂). We call her Zhang Ayi. Zhang Ayi is great, but she’s from Jiangsu, and she has an accent that can be hard for me to understand.

At first I was thinking, “my Chinese must be worse than I thought,” because after all these years in China, a little accent shouldn’t throw me off too much. It made me feel better, then, to know that my wife (a Shanghai native) also has trouble understanding Zhang Ayi, and fairly often. Zhang Ayi manages to speak in a way that sounds standard, but you just can’t understand it. (As a non-native speaker, it really makes me doubt my listening comprehension!) It’s a different flavor of “nonstandard” than I’m used to, but it affects even a native speaker’s comprehension.

The interesting thing is that my wife’s parents (one from Shanghai, one from Hubei) have no trouble understanding anything Zhang Ayi says. Their generation grew up in a China with wildly heterogenous Mandarin spoken (remember Mao’s Mandarin?), and they just have a much, much higher tolerance for strong accents. This tolerance is fading fast in the younger generations. 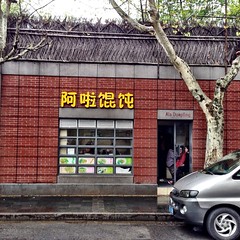 It’s been widely reported that Shanghainese (上海话) is dying. A lot of Shanghainese parents are taking great pains to use Shanghainese with their children to make sure that this cultural heritage does not die out.

The problem is that a dialect/topolect is not merely a family issue; it’s a community issue. And what’s happening with these families is that their children do indeed comprehend Shanghainese, and can usually say a few words and phrases, but they essentially do not speak it. Only standard Chinese is allowed in schools, and that makes it “weird” for Shanghainese kids to talk to each other in anything other than standard Chinese. Shanghainese does not feel necessary or useful to the children.

What’s even worse, even if a Shanghainese parent goes the extra mile and insists that only Shanghainese is spoken in the home, raising her own child to be 100% fluent in Shanghainese, her child will likely be the member of a society where no one else of his generation actually speaks Shanghainese. And one fluent speaker can’t keep Shanghainese going.

Over the CNY holiday a video of a Shandong guy trying to make a phone call with his in-vehicle voice dial went viral, and it is hilarious:

The guy has an accent, so his tones are a little off, but you can definitely make out the number he’s trying to dial with the help of the subtitles.

The part that reads “X死,” while not polite, is actually not obscene; it’s a Shandong slang term “xie 死” which means the same as “打死” (beat someone to death).

Anyway, this guy has been nicknamed 纠正哥, “Correction Brother,” because he keeps trying to “correct” the system’s misunderstanding of his voice commands.

After the video went viral, he was later interviewed by a reporter:

New information learned from this video:

1. The band-aid on 纠正哥‘s head is because his friend (owner of the number that keeps getting repeated in the first video) cracked him over the head with his phone when he started getting non-stop phone calls after the original video went viral.

2. The friend gave the number and the phone to 纠正哥, which is why he has it, and you can see it getting non-stop calls at the end of the interview video.

3. 纠正哥 got mad because the interviewer guessed he was 45 years old, but he’s only 33.

Thanks to John Guise for bringing this video to my attention, and to Yu Cui for alerting me to the follow-up video and providing Shandong insider knowledge! 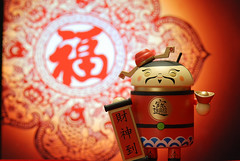 China Simplified‘s blog has a great post on variations of Chinese New Year wishes, all in different regional dialects (AKA fangyan): Spring Festival wishes from around China.

The post has embedded audio for 15 different greetings, covering fangyan from places like Henan, Sichuan, Shandong, Guangdong, Guizhou, Tianjin, Zhejiang and other places.

If you’ve every enjoyed Phonemica, you’ll enjoy this (and it will bring a smile to your Chinese friends’ faces as well).

My linguistically-inclined friends at Sinoglot have been quietly building out an amazing project called Phonemica. What’s Phonemica? > Phonemica is a project to record spoken stories in every one of the thousands of varieties of Chinese in order to preserve both stories and language for future generations. We are a team of volunteers working within China and abroad.

> Our mission: Bringing the richness of oral Chinese to a wider audience, through the words of natural storytellers, from every corner of the world where Chinese is spoken.

Phonemia is beautifully designed, has great audio content in various Chinese dialects, and has a really cool custom audio player/annotator to boot. If this interests you at all, you should really check it out.

But there’s more! Phonemica has recently launched an indiegogo campaign to continue the mission and expand the project. Support Phonemica while you still can so that Phonemica can chronicle China’s linguistic riches while it still can.

By now I hope you’ve heard of Living with Dead Hearts, a documentary project spearheaded by Charlie Custer of ChinaGeeks which aims to spread awareness of a very serious social problem in China:

> Each year, as many as 70,000 children are kidnapped in China. They are not held for ransom; rather, they are sold. The lucky ones are sold into new families who raise them like adopted children; others are sold into slave labor, marriage, prostitution, and lives on the street. Most children who are kidnapped will never see their parents again.

> Living with Dead Hearts follows several parents whose children have been kidnapped as they struggle to track down their kids and to make sense of what has happened to them. Along the way, the film also looks at the experience of kidnapping and growing up in a strange family from the child’s perspective and examines the lives of street children.

Aside from helping get the word out about this project, I’d like to offer a few comments for students of Chinese, since many readers of this blog fall into that category. From a language learning perspective, there are some things you want to be aware of before watching even the trailer for this documentary:

The trailer is below. If you haven’t watched it yet, please do.

Big Taste, as in “Spicy” The other night I was enjoying a simple meal by myself in a dongbei (northeast China) restaurant. I overheard an exchange between two women and the restaurant owner. It went something like this:

> Woman: 上次点的菜太淡了，我们要味儿大一点的。 Last time our food was too bland. We want the taste to be “bigger.”

> [the dishes are served, the women try them]

> Woman: 服务员，我们刚才说过了，我们要味儿大一点的。 Server, we just told you: we want the taste “bigger.”

> Server: 你这个“味儿大”啥意思？是说咸点，还是什么？ What do you mean, “bigger?” Saltier, or what?

> Server: 那，你本来就应该说“辣点”。 Then you should have just said “spicy” in the first place…

> [The server takes the dish away to make it spicier, grumbling a bit.]

I was intrigued by this exchange for several reasons. First, neither party was from the Shanghai region, so the miscommunication couldn’t be blamed on the north-south divide that you typically see in Shanghai (like the baozi / mantou distinction). Second, the women were using an expression which, although simple, I had never heard either, and I couldn’t find listed in any of the dictionaries in Pleco (I was looking it up while eavesdropping on their conversation). And third, any time groups of Chinese people have trouble communicating, it’s interesting to me for linguistic reasons, as well as somewhat comforting, as a student who has experienced his own fair share of frustrating communication difficulties.

Also, since the word 味儿 can refer to odor as well as taste, in the absence of clear context, a more likely interpretation of 味儿大 is “strong-smelling,” or, quite possibly, “stinky.”

Anyway, after I finished my meal, I decided to go over and ask the women about the 味儿大 expression they used, where they were from, etc. They were extremely cooperative. It turns out they’re from Yichang (宜昌). I recorded the conversation, edited it down a little, and have included it for your amusement.

END_OF_DOCUMENT_TOKEN_TO_BE_REPLACED

This is a screenshot from the Google Pinyin installer: If you’re learning Mandarin for real, sooner or later you’re going to need to experience the rich variety in pronunciation that Greater China has to offer. This simple “fuzzy pinyin” options screen gives you an idea of what’s out there. (Speakers that can’t differentiate between z/zh, r/l, f/h, etc. typically can’t properly type the pinyin for the words that contain those sounds in standard Mandarin, so fuzzy pinyin input saves them a lot of frustration.)