Today is December 12, AKA 双十二, literally, “double twelve” in Chinese. It’s a day when Taobao (淘宝) and JD.com (京东) offer huge discounts online (and this year, Taobao is really pushing its AliPay mobile phone payments, sort of similar to Apple Pay, but using barcodes on users’ phone screens instead of NFC). So today is kind of like China’s Cyber Monday.

12-12 is clearly riffing on 双十一 (“double eleven”), a modern Chinese holiday that was once known as “Singles Day” (光棍节) but has since been largely co-opted by online retailers and remolded as China’s Black Friday.

At first I was kind of amazed that this 12-12 holiday even “took.” It’s just such blatant commercialism to follow up a 11-11 shopping holiday with a 12-12 shopping holiday. But so far, as long as the discounts keep coming, no one seems to mind. What’s next, co-opting 1-1 (元旦节)? I have to say, 双一 certainly doesn’t have the same ring to it.

Some screenshots for today’s sales from the aforementioned sites: 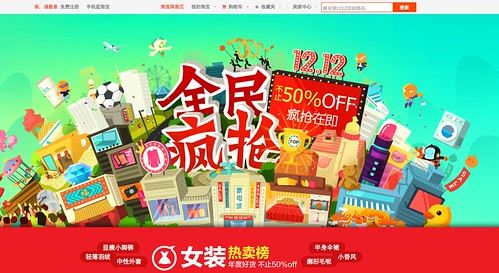 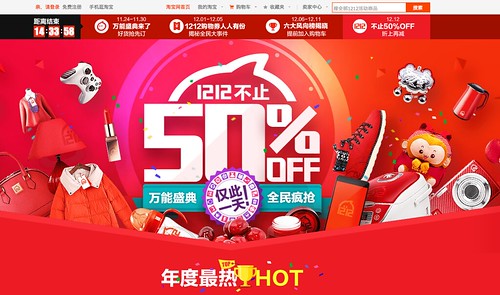 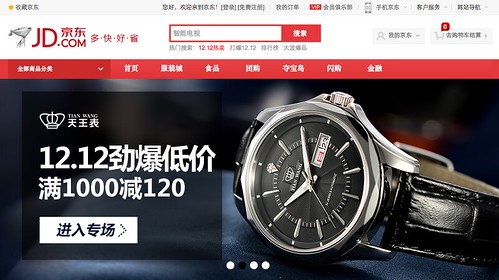 I’m not buying anything. I’m having my own little Buy Nothing Day. (不消费日 in Chinese, but make no mistake: this is not a familiar concept in China, and people find it pretty ridiculous.)