Here’s a little puzzle for you. Why is this women’s restroom labeled with the letter “C”? 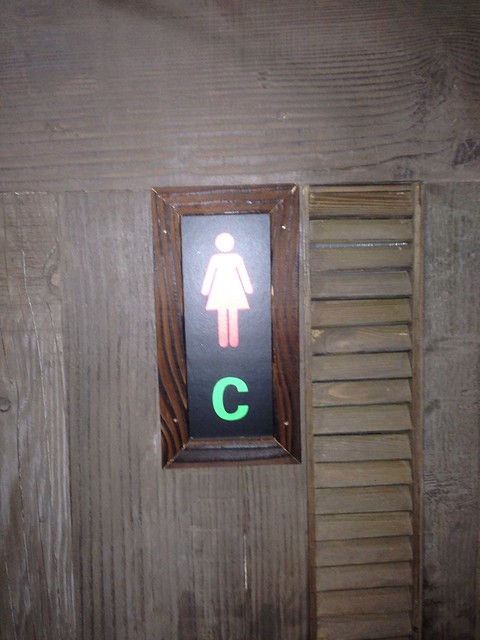 Here’s another clue: the men’s room is labeled with the letter “W”.

It took me a few minutes to work this out, but eventually I solved it. It’s like this:

1. Men’s and women’s rooms in China, when the traditional “男” for “men” and “女” for “women” are abandoned for a more international feel, are often labeled simply with a letter “M” for “men” and a letter “W” for “women”.
2. Someone noticed this, but only remembered the “W” (and not what it stood for).
3. That same person knew that restrooms in China are often called “WC” (there’s even a hand gesture for it), and assumed that that’s where the “W” came from.
4. The letters “W” and “C” were arbitrarily assigned to the men’s and women’s rooms.

It makes me wonder if all the international quirkiness around us in China has a similarly comprehensible explanation.