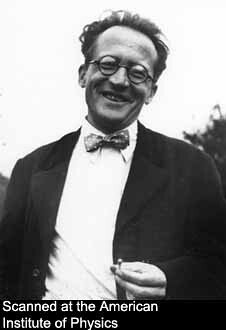 Note: this man is not the douchebag.

One who makes douchebag statements, particularly sexist, racist or otherwise bigoted ones, then decides whether they were “just joking” or dead serious based on whether other people in the group approve or not.

(In case you’re not clear on the original original reference, it’s to Schrodinger’s cat.)

[…] Almost every time someone (White or Chinese Americans alike) ask me something about China, it’s always bad or weird: do Chinese people eat dogs? do Chinese people pee at street? are Chinese people still can’t afford this and that? do you have internet? Is it true that you really can’t get on facebook or google? What about Tibet and/or Taiwan? Do Chinese people killing infant baby girls because of one child policy? Just how corrupt is Chinese government?

From time to time, I think people get off on [asking purely negative questions about China]. People enjoy the feeling of superiority, that no matter how bad his personal life is, at least he’s better than someone. And they disguise that (intentionally or unintentionally) with a fake curiosity.

I call this Schrodinger’s douchebag – Chinese version: Someone would ask an offensive question about China and then decide whether they’re “just curious” or dead serious based on whether other people in the group approve or not.

Are there people how are really, genuinely curious about a certain bad aspect of Chinese culture? Sure there are. But the same kind of genuinely curious people are also interested in the good things about China as well. If someone comes to you asking only the bad things, you can just make an excuse and politely walk away from the conversation. People like this don’t deserve your time. They can rot in their ignorant and racist bigotry for all I care.

Of course, douchebaggery about China isn’t limited to those with little working knowledge of China. I had a conversation with a friend recently about the frequent representations of “the Chinese” as “the other” by even the Old China Hand expats often labeled as “experts” that should know better. I’ve been accused myself, in the past, about this act of carelessly “othering” when talking about China.

Does that mean that we can’t talk about cultural differences or point out problems for fear of offending people (not that!) and being politically incorrect? Of course not! (It had better not.) All it means is that we’re all better off and have a better chance of actually being heard by thoughtful individuals if we try to apply just a little discernment and dial down the blanket statements. (Hint: generalizations that start with “Chinese people” are worth investigating.) If something feels a little too “they’re not like us,” try a more sensitive treatment of the topic. At the very least, you’ll likely get fewer racists agreeing with you in your comment section (how embarrassing!).