The only good mooncake is a MEAT mooncake

It’s almost that time of year again: China’s Mid-Autumn Moon Festival (or as the Chinese like to call it, “Chinese Thanksgiving,” without all the thanks giving and turkey). It’s that time of year when people eat a little snack called a mooncake.

Like many foreigners (and many modern Chinese), I am not fond of the mooncake (despite once participating in a mooncake-eating contest). Yes, I am aware there are many kinds. I have long since tried all the traditional kinds, such as 豆沙 (sweet bean paste) 莲蓉 (lotus seed paste), and 蛋黄 (egg yolk), as well as the fancy new kinds made with ice cream or Japanese mochi. Not a fan. But then I just recently had a freshly baked (not sweet) meat-filled mooncake, and I am a fan: 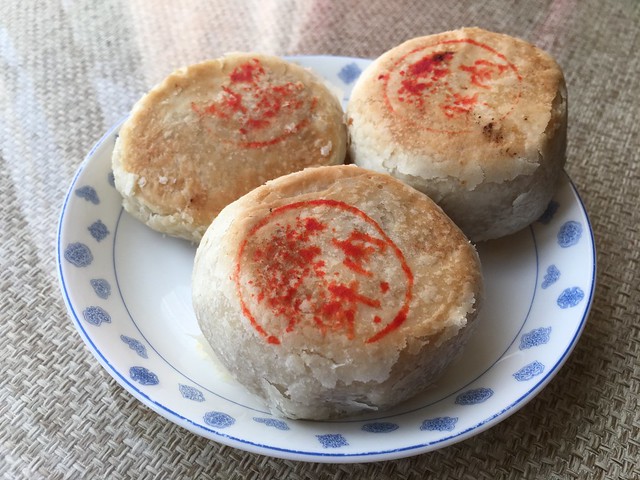 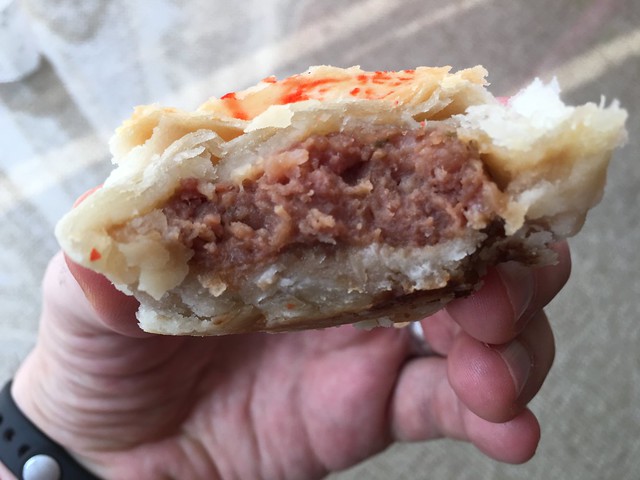 Yes, it took me 16 years in China to discover a mooncake I liked. It wasn’t exactly top-priority. The filling is referred to as 鲜肉 (it’s pork).

So, if you don’t like mooncakes, I feel your pain. But this kind (fresh!) is actually decent. I hear that is the kind people line up all day to buy.