Investigations of a Bilingual 4-year-old’s Riddle

My daughter is almost 5, and she has a penchant for “riddles.” At first, these started out super simple, such as, “what animal can fly?” or “what is up in the sky during the day and gives us light?” Over time, they started to get more and more complex, morphing into questions such as, “what animal can fly but isn’t a bird?” or “what animals swim in the ocean but aren’t fish?” or “name three animals that live in the ocean but have no eyes.” These games are good linguistic exercises, reinforcing the vocabulary my daughter is picking up in the books we read her. In most cases, she can even do these riddles bilingually, and she enjoys quizzing her mom in Chinese on the ones I give her in English that she is able to answer.

Occasionally I’ve asked her to give me a riddle, and it’s usually something super simple, similar to the afore-mentioned “what is up in the sky during the day and gives us light?” one. Fair enough… I don’t expect the riddle of the Sphinx from a 4-year-old. But the other day she asked me this one:

What has 5 legs and lives in the sky?

Pretty certain that no animal has 5 legs, I figured she got the number wrong, and was counting a tail as a leg or something. So I guessed “dragon” and “pegasus” and the like, but she said those were wrong, and she knows a tail isn’t a leg. I was stumped! 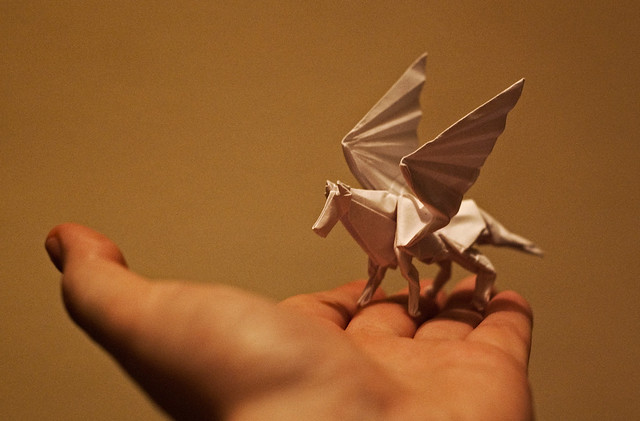 The answer to the riddle is “a star.” (She’s most familiar with the 5-pointed star, which she’s always getting in sticker form.)

I was kind of blown away by this, because it’s a pretty cleverly crafted riddle. Trying not to be too quick to declare my daughter a genius, though, I gave some thought to what might be going on in her bilingual mind.

In Chinese, a 5-pointed star is called a “五角星,” literally, “5-corner-star.” But here’s the thing… “foot” in Chinese is 脚 (pronounced “jiǎo,” exact same pronunciation as 角 above), and it’s a word sometimes used to represent the whole leg. She hasn’t officially started learning Chinese characters yet, and she definitely isn’t aware of how the two Chinese words are written. So in her mind, is it all the same “jiǎo”? Is a Chinese five-pointed star a “five-legged star” to her?

I tried to investigate this question, but my daughter didn’t have much patience for my line of linguistic questioning (a trait she probably inherited from her mother). In the end, I got her to answer like so:

Me: Do you know what the 五角 in 五角星 means?

Her: [thinks for a minute]

I’m not sure if she thought of that second meaning when she was devising her riddle, and neither is she. Language acquisition is a largely unconscious process, and that’s especially true for kids. She hasn’t come up with any similarly clever riddles since. We’ll see what happens.