The Avengers: Infinity War finally hit theaters in China this past weekend. (You might say it was a hit.) Tired of carefully avoiding spoilers, I was among the first in China to see it. Since it’s come out, I’m enjoying the cultural impact and various manifestations of the Chinese perspective on the movie, from Avengers-themed WeChat stickers (with Chinese text) to hilarious Photoshop jobs.

Here’s one I enjoyed (mild spoilers, sort of?): 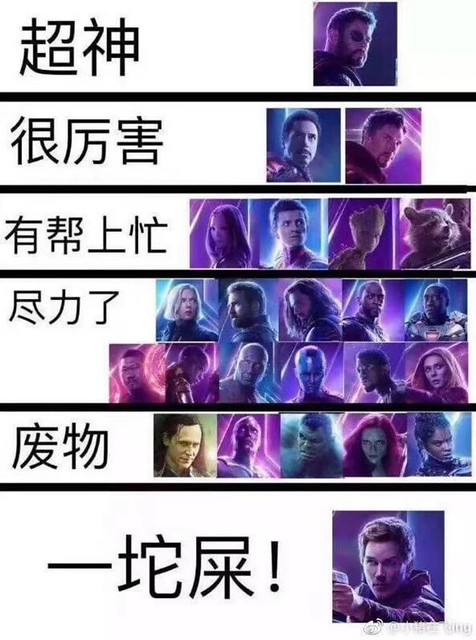 (I would credit the original source, but I can’t read the watermark.)

As for Thanos, what’s going to be the Chinese perspective on a “mad titan” that wants to take out half the population of the universe? That actually sounds quite familiar to citizens of a country with population issues of its own! So you get this: 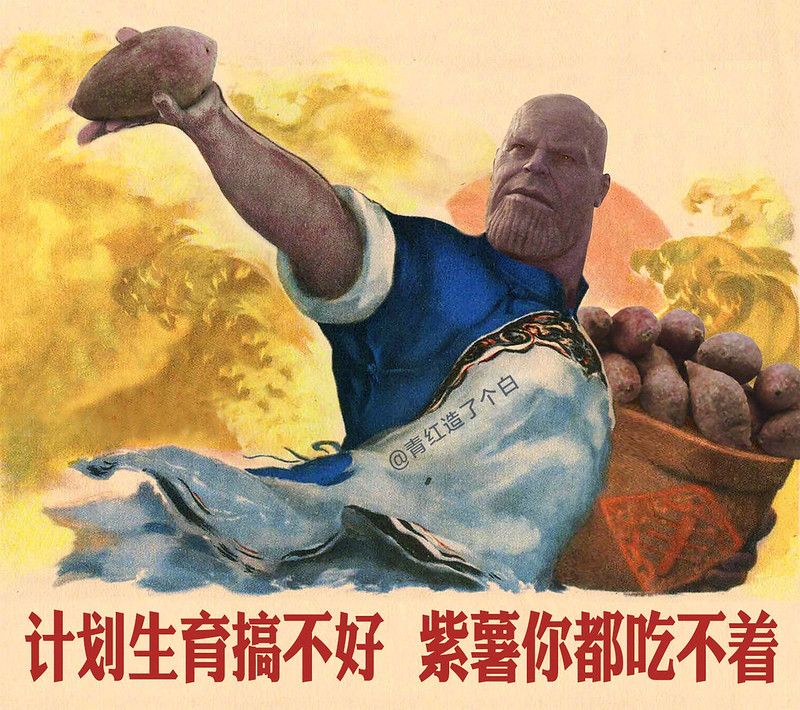 计划生育搞不好 紫薯你都吃不着
If you can’t get family planning right, no purple yams for you!

It’s a whole series; you can see more on Weibo here: @青红造了个白. (This same Photoshop artist has released good stuff before, like the Game of Thrones Chinese street vendors.)