Communication Is the Challenge

I have only vague memories of learning geometry in high school. I liked it because you got to draw stuff, and while some of my classmates hated doing proofs, I didn’t mind them so much. I saw them as sort of a puzzle, and the logic of the whole process appealed to me. I can’t say I ever really loved geometry or found it fun, however. 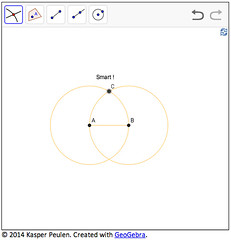 Fast forward to last weekend. I discovered “Euclid the Game” on Hacker News. It presents geometric challenges as a sort of game. It’s essentially the same as proofs, but rather than “prove this boring thing” it challenges you, and gives you a little toolbar with geometric “weapons” you can apply. One of the things that impressed me most is that after you demonstrate that you know how to construct a parallel or perpendicular line, or how to translate a line–with simpler tools–you gain new “shortcut buttons” for those tasks in your toolbar. Nice!

Anyway, the point of all this is that learning is a lot more fun when it’s presented as a fun challenge. How many of us had to learn geometry by memorizing axioms, and then theorems, and then drudging through joyless proofs? With this “Euclid the Game,” the challenge factor keeps you going, and the stuff you’re supposed to memorize you just kind of “pick up” because you need it to solve the challenges. And the cherry on top is that there’s more than one correct way to solve the challenges, because, hey, geometry is flexible like that.

Does any of this sound familiar? (Yes, I’m talking about language learning.)

If you treat a language as a big long list of words and grammar points, then yes, you can drudge through it just like any other horrible soul-sucking schoolwork. But in language, the real challenge should always be communication with another human being. If your language learning method doesn’t involve this crucial feature, it’s time to start questioning your methods.

Maybe geometry isn’t your thing at all, and unlike me, you could never get into “Euclid the Game.” But everyone enjoys communicating. Put down the flashcards and take up the challenge. 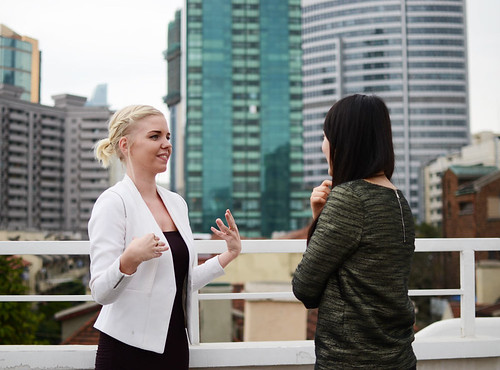 This is one of those blog posts where I take two seemingly very different topics and connect them to China or Chinese. This time it’s about Pascal’s Triangle, one of my favorite mathematical concepts. In case you’re unfamiliar with Pascal’s Triangle, here are some images from Wikimedia Commons that nicely illustrate the principle:

Here’s the China connection (via Wikipedia):

> The set of numbers that form Pascal’s triangle were known before Pascal. However, Pascal developed many uses of it and was the first one to organize all the information together in his treatise, Traité du triangle arithmétique (1653). The numbers originally arose from Hindu studies of combinatorics and binomial numbers and the Greeks’ study of figurate numbers.

Yang Hui’s diagram contains some interesting-looking numbers. Check it out:

Compare that to Pascal’s triangle above. What’s up with these Chinese numbers? You can follow the upper-right to lower-left diagonal (one row in) to follow the numbers 1-8. You get this:

You can gather that 10 is 으 [a symbol I borrowed from Korean Hangul for the purposes of this post], which also looks like “10” turned sideways. 20, though, is 〇二 [except with the 〇 sitting on top of the 二], and so on.

I’ve written before on Chinese number character variants, but these are different from those. The numbers look similar to Suzhou numerals and Shang oracle numerals, but are still a bit different from both. I’m curious if anyone out there know more about these numbers? The diagram supposedly dates to 1303 (more info on Wikimedia Commons).

There’s another personal connection between me and Pascal’s Triangle. As part of my research for AllSet Learning, I make use of basic set theory and higher-level Venn diagrams. Considering that in a Venn diagram, by definition, all possible logical relations between sets must be represented, it can get quite tricky to draw these things when you delve into Venn diagrams with higher numbers of sets (more than 3). But how do you know how many overlapping regions there are in the Venn diagrams as the numbers of sets increase? Pascal’s triangle.

(BTW, some of the research we’re doing now at AllSet Learning could make use of interns with a foundation in statistics, mathematics, or computer science. If that’s you, get in touch! More on AllSet Learning’s interns here.)