Last week AllSet Learning staff took a team-building trip to the mountains of Zhejiang in Tonglu County (浙江省桐庐县). It was a nice trip, and one of the things that struck me most about the natural beauty there was the lack of litter and crystal-clear water. Anyone who has traveled much in China knows that it’s a beautiful, beautiful country, but disgracefully covered in litter in so many otherwise breath-taking tourist destinations. Not so in Tonglu! 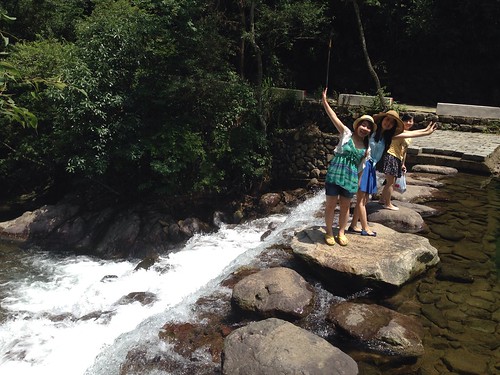 I was also surprised to learn that the locals there drink the water straight from the mountain streams without treating it at all. They don’t have “normal” plumbing, it’s all piped from the higher regions of the flowing mountain streams. I have to wonder: with so much of China so heinously polluted, could this water actually be safe to drink? 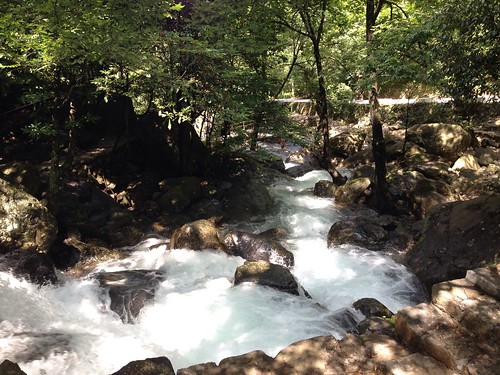 Anyone else want to weigh in with some facts or links? 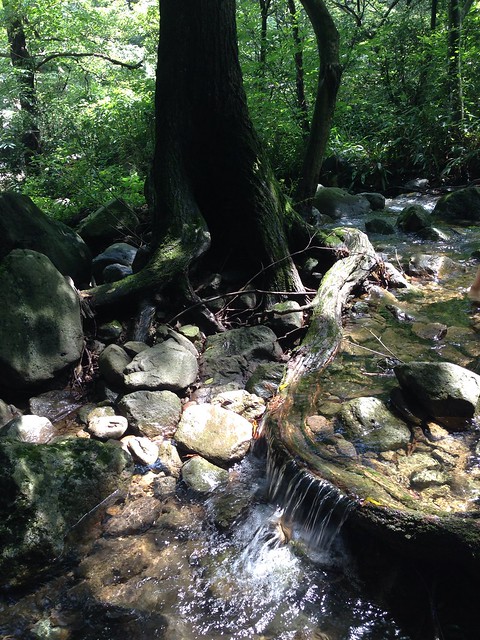 Last week was a very bad week to be in Shanghai. We had the worst pollution here, ever, as far as I can gather. There are lots of different numbers thrown around, but pretty much everyone agrees that the PM2.5 count went above 500 last Friday (December 6, 2013). Just to put that “500” in perspective:

> WHO guidelines say average concentrations of the tiniest pollution particles – called PM2.5 – should be no more than 25 microgrammes per cubic metre. Air is unhealthy above 100 microgrammes and at 300, all children and elderly people should remain indoors.

My favorite tool for following pollution levels is the Graphing Air Pollution in China page at kopf.github.io/chineseair/. Here’s a screenshot highlighting the peak last Friday (Shanghai in red, Beijing in blue):

By coincidence, I went outside on Friday night (close to the peak) to pick up some milk at the store. It’s a 5-minute walk to the nearest Family Mart. As soon as I stepped outside into the haze, I noticed that the air smelled faintly burnt. I say “faintly,” but it’s the kind of “faintly” that gets incredibly obvious the more you smell it. Meanwhile, the air just felt grimy. Beijing has had some terrific pollution in its day, but Beijing air tends to stay quite dry. Shanghai, meanwhile, is incredibly humid. It makes summers super sweltering, winters bone-chilling, and smoggy days absolutely disgusting.

I’m actually not very sensitive to the pollution, and when people ask me how bad it is, I don’t have a lot to say. It just doesn’t bother me that much. This latest uber-smog, though, got to me. In the 5-minute walk to the store, I started to feel a little queasy. In the 5-minute walk back home, I was feeling sick to my stomach.

So yeah, it was really bad. If it was like this every day, or even routinely, I wouldn’t want to live here anymore. I seriously hope China can take effective measures against this horrific pollution. Right now I’m seriously looking forward to my Christmas trip to Florida. Besides the precious family time, I could also use a little lung detox. A friend in Beijing recently reported an exchange with his Chinese tutor to me that went something like this (embellished by my own imagination and translated into English):

> Friend: So today I’d like to talk about the air quality in Beijing.

> Friend: I’m hiring you to help me improve my Chinese, and I want to talk about Beijing’s terrible air quality. So that’s what we’re talking about today.

Unsurprisingly, it wasn’t the greatest tutoring session. But just that little piece of dialog recounted by my friend contained quite a few layers of cultural expectations. (A thoroughly enjoyable exchange, from my perspective!)

How Poisonous the Air

How poisonous would the very air you breathe need to be to drive you away from a city you otherwise love? The question seems kind of absurd, but I would think it has become very real to the residents of Beijing (especially the non-locals).

> So a 500 reading of particulate pollution was considered “crazy bad” and “beyond index”?

> Try 993. That is a reading recorded at a monitoring station in central Beijing on the evening of January 12, according to the Beijing Municipal Environmental Monitoring Center.

Shanghai’s was something like 160 the other day, and we thought that was bad. 993 is kind of incomprehensible to me.

My family is currently planning to visit Beijing for Chinese New Year (and taking the baby), but this whole air pollution thing in Beijing is pretty scary…