So there’s this word “skr” being used a lot in China these days, mainly by Chinese kids online. As with any popular internet slang, however, it has found its way into real-world marketing materials. Here’s a usage I spotted the other day in Shanghai: 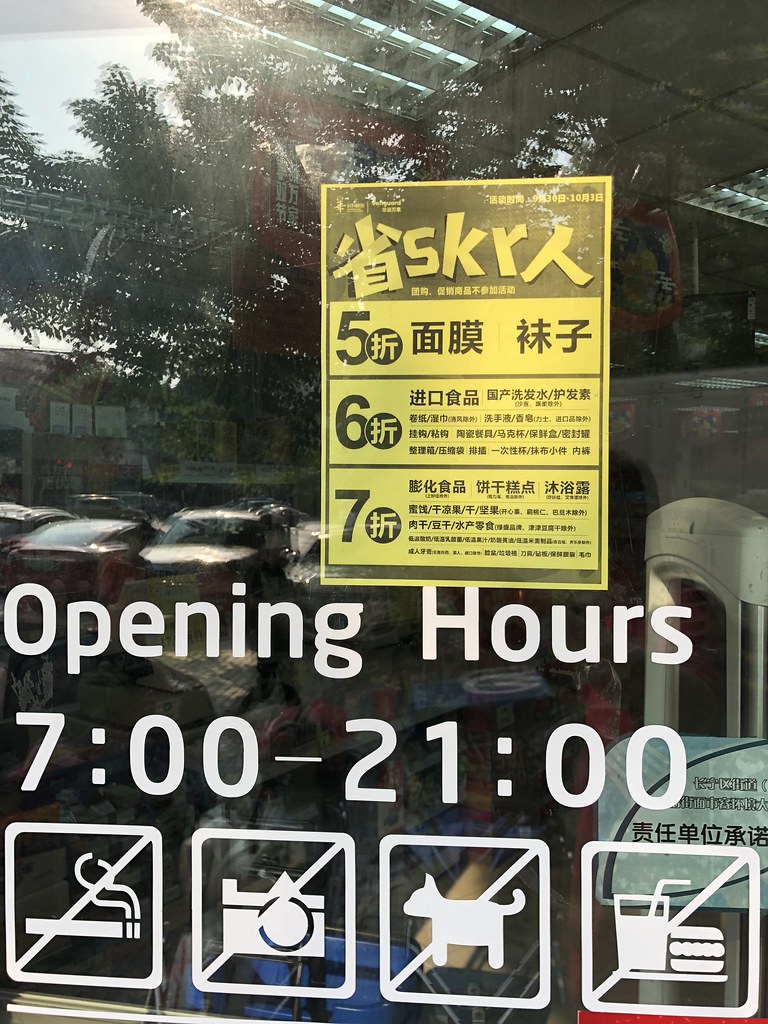 So the part we’re focused on here is:

This could be restated as:

If you’re trying to make sense of “skr,” it’s usually used to replace 是个 or 死个 (normally it should be the intensifying 死, as in the example above). The word has its roots in Chinese hip hop, and specifically the performer 吴亦凡 [Baidu Baike link], who is pictured several times in the GIFs below (red background).

This is a screenshot from a search of WeChat’s 表情 animated GIFs showing how popular “skr” currently is:

(I don’t expect this popularity will last.) Tracking the Evolution of the Slang Word “Diaosi”

The Chinese slang word 屌丝 (meaning approximately “loser”) has become pretty popular in recent years, thanks to the internet. Of course it’s got its own Baidu Baiku entry (in Chinese), and you can find it in the ChinaSmack glossary (in English) too.

But there are a few weird things about this term. First, sources don’t always agree whether 屌丝 is pronounced “diǎosī” (3-1) or “diàosī” (4-1). [My personal sources usually assure me it’s 3-1.] Second, isn’t 屌 a vulgar slang term for “penis”?

Rather than delving into these issues myself, I’d like to direct you to an article on a new blog called Civil China which, as one of its first articles, takes a look at how the term has surged in popularity in recent years, and even how connotations shifted from mostly negative to not-so-negative. The article is Diaosi: Evolution of a Chinese Meme.

The post includes some very interesting textual analysis of the use of the term 屌丝 on Weibo over the past year and a half. (Complete with fancy data visualizations!) For those of you actually trying to learn vocabulary (and possibly too lazy to read the whole thing), don’t miss this conclusion about the meaning of the word 屌丝:

> Although “diaosi” is often translated as “loser” in English, our analysis points to a distinction between a Chinese “diaosi” and a “loser”: losers are responsible for their own lack of success, while diaosi are made by larger social conditions. No wonder then, that “loser” remains an indisputably negative term, personal in its injury, while “diaosi” is a true meme: dynamic, complex, and current, cultural rather than personal. You’ll have to be following Chinese internet memes to get all of these, but there are some clever ones: The character creations are fusings of various characters. They are:

I won’t comment on the meanings of these internet memes because I’m not very familiar with all of them, and anyway, this is an apolitical blog. 🙂