I recently wrote a guest post on Olle Linge’s excellent blog, Hacking Chinese: How to Approach Chinese Grammar. At a later date I’ll probably adapt it to more specifically relate to AllSet Learning’s work on the Chinese Grammar Wiki, but in the meantime, I made this little visual metaphor to add to what I said in that article: 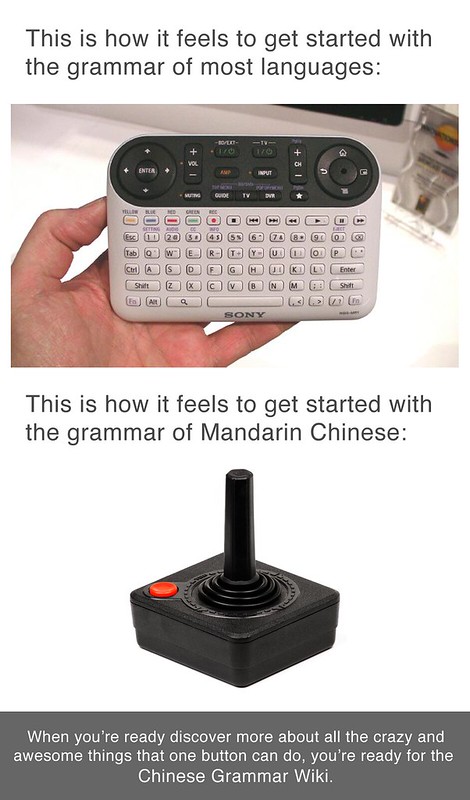 I was actually originally thinking the metaphor would be like the difference between a video game that you have to read the manual or you basically can’t even play it, and the kind of game where you can easily just “jump in” and learn as you play. (Although there used to be a lot of games of the first type, nowadays most console games are actually of the second type, with built-in tutorials.) But the above visual was a lot simpler and to-the-point, and makes sense to gamers and non-gamers alike.