Cooking Your Way to Vocabulary 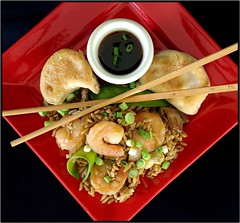 Brendan O’Kane writes on Quora in answer to the question, “What should I do in order to improve my Chinese vocabulary?“:

[…] Cooking shows are an absolutely awesome resource for studying any language, because:

I like this idea, but I must admit I’ve never done it. There are a lot of highly-specific action verbs that might take years to master if you just learn them as you come across them, but cooking shows are one way to get exposed to a high number of them in a relatively short period of time.

Anyone out there tried this for Chinese? What are the good Chinese cooking shows?