Way back in 2008 or so I used to ride the subway regularly to get to “the factory,” the original ChinesePod office. Every day as I got off the subway and exited the station, I’d see these “newspaper recycling people.” They were typically elderly, and they stood by the subway turnstiles, near the garbage cans, busily collecting the used newspapers of all the passengers that were already finished consuming their daily paper-based commute reading. The “newspaper recycling people” accumulated quite a stack of papers every morning.

I don’t ride the subway as much these days, but I noticed recently that these “newspaper recycling people” are still there, but they’re a lot less busy than before. They collect far fewer newspapers these days. I snapped a photo of one, tucking his meager bounty into his bag: 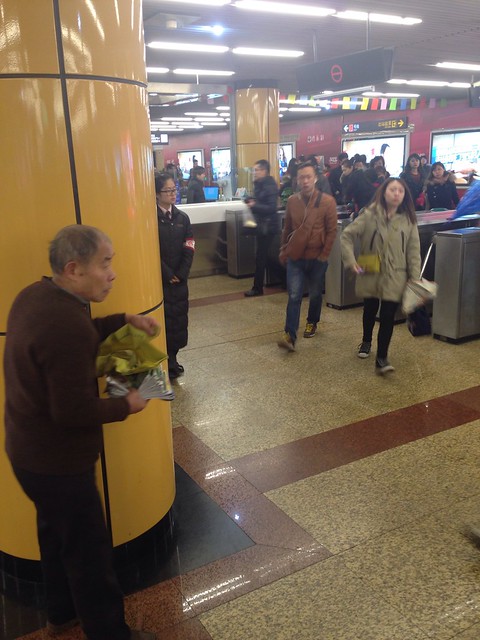 Who needs a newspaper when you have the (censored) sum of the world’s knowledge and entertainment in the palm of your hand? Hopefully these enterprising older people can find a new way to make a few extra kuai.