One thing that many non-Chinese may not realize is that the average Chinese person doesn’t really care about dragon boat races on Dragon Boat Festival. Sure, we call it “Dragon Boat Festival” in English, but the dragon boats (龙舟) are just the easiest part of the festival’s traditions to translate. In fact, Wikipedia uses the name Duanwu Festival for its English article, reflecting the Chinese name 端午节.

The most visible tradition of Duanwu Festival for me personally has always been the zongzi (粽子), those bamboo-leaf-wrapped, stuffed glutinous rice triangle-ish things. They’re quite tasty (although you might want to be careful if you have an aversion to pork fat; some of them are a little high on fat and low on meat).

One of the traditions I just recently became aware of is the Duanwu Festival use of a plant called 艾草 (Artemisia argyi in English). It’s a strongly aromatic plant, and the idea is that you hang it by the doorway of your home to ward off bugs and disease.

Apparently this tradition is not observed by young people very much (at least in Shanghai), so I’m not sure how long this particular tradition will be around. But today I snapped some pictures of (mostly old) people loading up on 艾草 at the wet market in preparation for Duanwu Festival. (Those bundles are two for 5 RMB, which to me seems to reinforce the idea that only old people buy it.) Photos below. 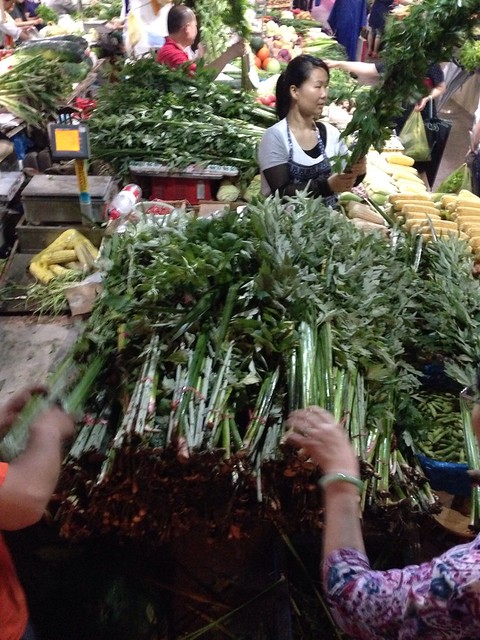 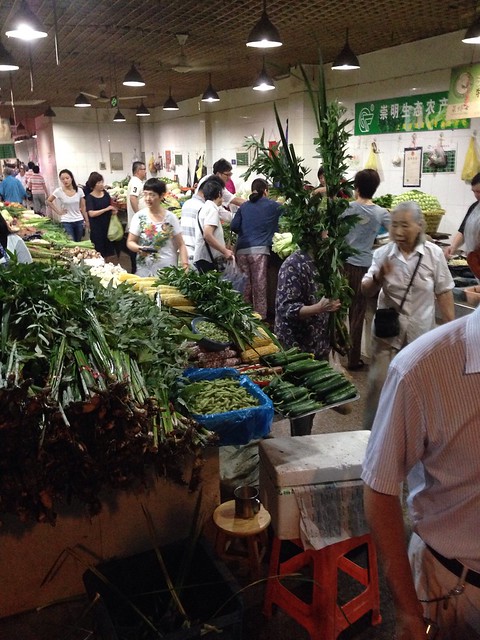 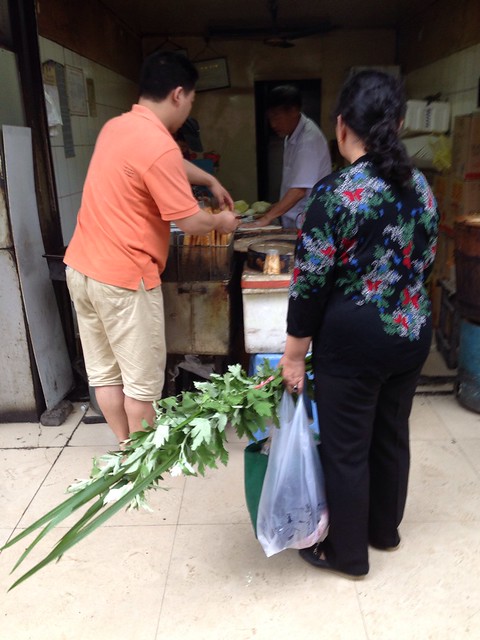 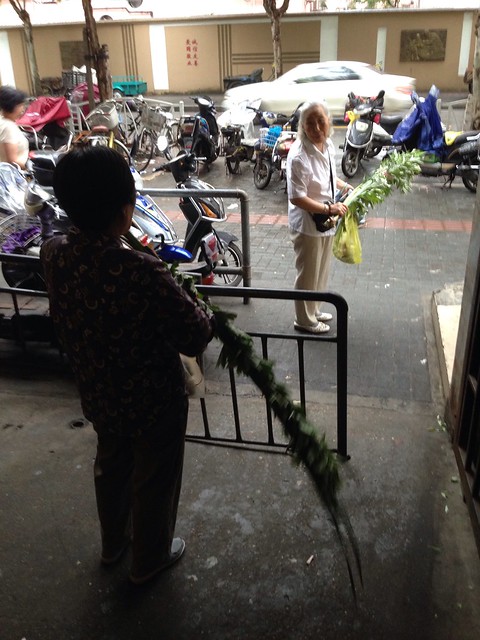 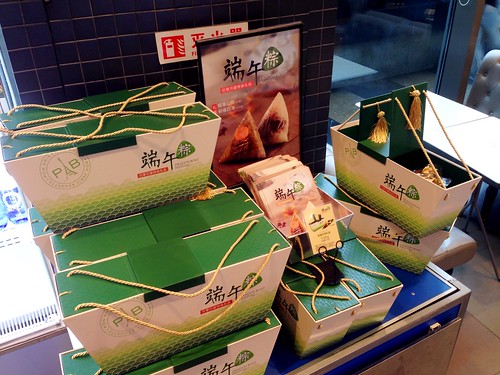 This one, sold by a Korean bakery chain that pretends to be French (巴黎贝甜), includes 12 zongzi and retails for 158 RMB. (Normally individual zongzi sell for less than 10 RMB.)