It’s been a few weeks since I finished Dan Simmons’ sci-fi classic quadrilogy, the Hyperion Cantos. It was a great story, full of grand sweeping ideas, and one thing that got my attention was the repeated use of Chinese names (especially in Book 4).

Anyone studying Chinese might be a little thrown off by the use of the (mostly) Wade-Giles transcription instead of pinyin, but the names are all right out of Chinese history and geography (with a few errors).

Here’s a list of all the major ones I caught, with notes following (please leave a comment if I’ve missed anything):

It seems odd to bring together the city of Qingdao (青岛) and the southern region of Xishuangbanna (西双版纳) into a name for a planet. In fact, the only way they make sense in my mind is drinking a Tsingdao (beer) in Xishuangbanna (a touristy region of Yunnan Province). Maybe that’s Simmons’ little secret for this planet? 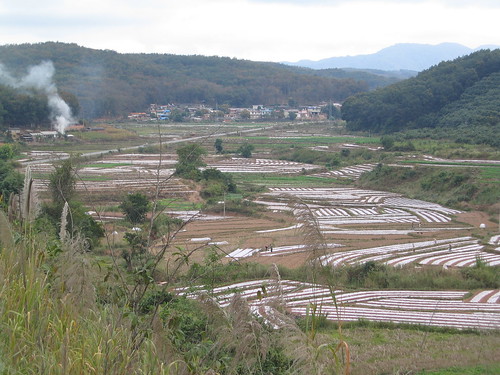 Tian Shan (天山) is actually a system of mountains, so it makes sense to use as a name for a mountainous planet. It’s also got a nice picturesque name, meaning “mountains of heaven.” Those of us the live in Shanghai might recognize it from the street name: 天山路. 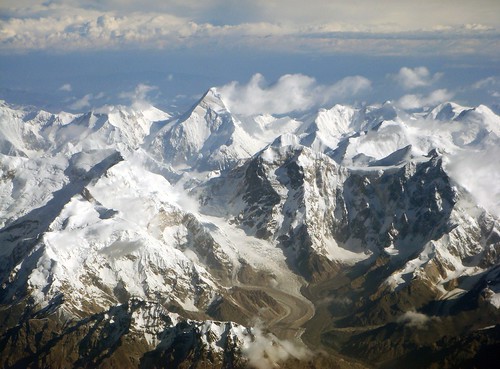 Normally referred to as the “Hanging Temple” in English, this fantastical Buddhist structure is a real thing, located in China’s Shanxi Province. 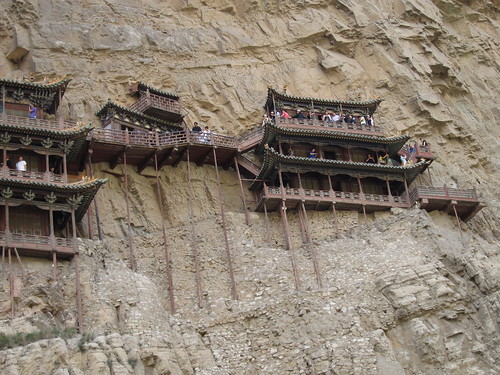 Hua Shan (华山) is one of China’s “Five Great Mountains,” so it’s an obvious candidate for inclusion. Interestingly, at one point in Rise of Endymion the mountain is referred to as “Flower Mountain” (花山), but this is almost certainly a mistake based on similar romanization, considering that there are no obvious candidates from the list of possible 花山s in China, and pretty much all the other mountains listed can be found on this list of the “Sacred Mountains of China.” (There’s another Shanghai street name here too.)

I’m not sure whether Heng Shan refers to 衡山 or 恒山; both are in the list of “Give Great Mountains,” and the pinyin (including tone) is identical. I’m assuming Simmons wisely used one “Heng Shan” for both.

Tai Shan (泰山) is another of China’s “Five Great Mountains.”

Song Shan (嵩山) is another of China’s “Give Great Mountains.”

The mountains Emei Shan (峨眉山), Jiahua Shan (九华山), Wutai Shan (五台山), and Putuo Shan (普陀山) are China’s Four Sacred Mountains of Buddhism, so they’re also easy choices. The “flower” translation mistake happens again with 九华山 at one point, and as I final question, does anyone else see “Chiu-hua” an think, “chihuahua”?

It’s cool to see a Western author drawing on Chinese names in his world-building, and before you cry “Pander Express!” keep in mind that these novels came out in the 90’s.

Feel free to leave a comment if I missed something or you have something to add.