The World Is Your Closet

Over the years I’ve noticed some interesting attitudes toward public spaces here in China. One of the most perplexing, from a western perspective, is one where one’s own home is kept as pristine as possible, while public spaces are treated with much less respect. Taken to the extreme, you might even say public spaces are sometimes treated like a dumpster: littering, dumping of liquids, and worse.

What blew my mind about this “public spaces don’t need to be kept clean” (AKA “the world is your dumpster”) attitude was how clearly and finely the line can be drawn. In some cases, I’ve seen apartment residents treat the hallway right outside their own apartments with this kind of total disregard for cleanliness: stacks of garbage, leaky garbage bags, and other jetsam dumped right outside their own apartment doors. (The idea is that it will be disposed of later, either by the resident who dumped it, or by the cleaning staff of the building. In either case, the garbage is kept out of the clean home, and anyone else who has to share the hall just has to deal with it.)

But I’ve also noticed a less common phenomenon that’s kind of the opposite: claiming public spaces for personal use. To use the “public space” of the apartment hallway as an example again, a resident might discover that the building storage closet in the hallway is not normally locked, and then store some of his own (not so valuable) stuff in that closet.

I noticed a pretty weird example (not at all typical, I’m sure) of this “the world is your closet” attitude just behind my Shanghai office building. Take a look at this apartment building: 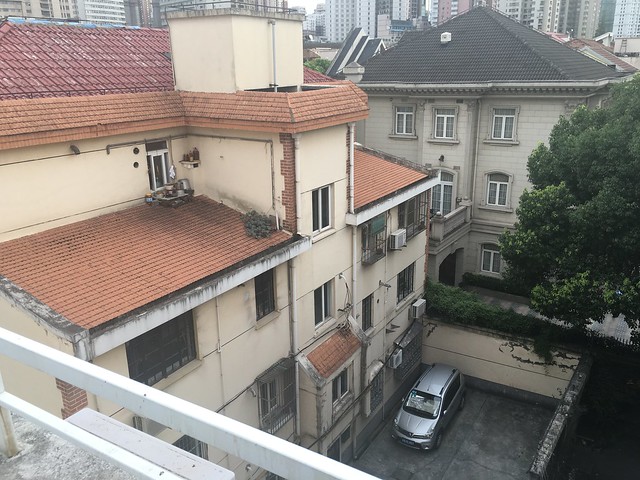 See the stuff stacked outside the window? Yes, the roof has been turned into a closet. 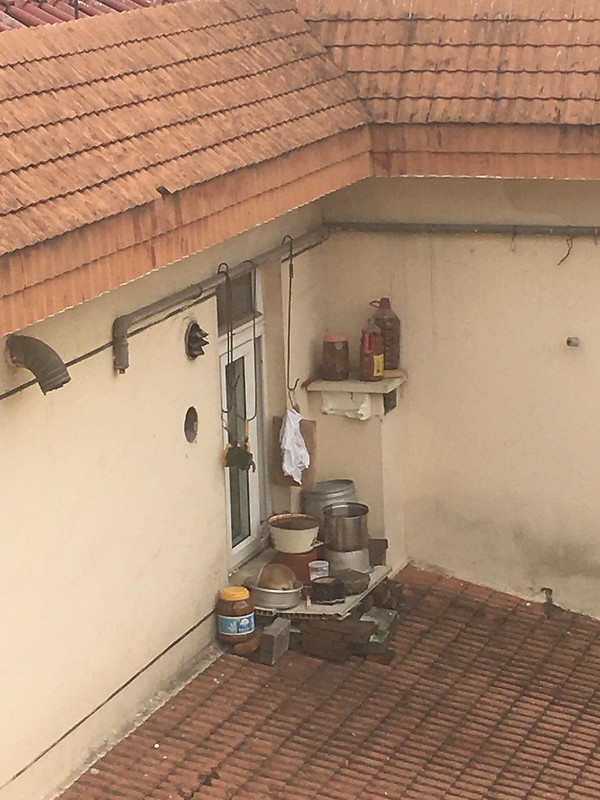 I’m not sure how well this works, considering how often it rains, but there you have it.