I’m always on the lookout for interesting, creative use of Chinese characters, and that includes cool and weird Chinese fonts. Well, the characters at the bottom of this poster really caught me by surprise, because I didn’t even realize they were characters at first: 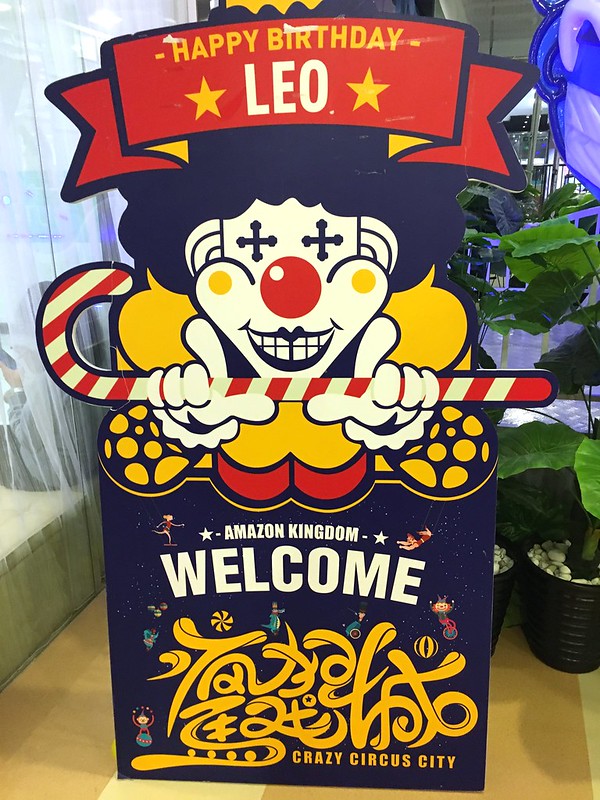 If you’re struggling to make anything out, note that English at the bottom right: “Crazy Circus City.” Big clue.

OK, here’s what it reads:

(Don’t worry if you still find it hard to read even after you know what it says, and even if you know the characters. It’s really hard to read!)

For some reason the traditional form of 马 is used, though: 馬. My Chinese teacher back in college always told me that mixing simplified and traditional characters was a big no-no. It’s just too… crazy.

If the whole thing had been in traditional characters, it would have read: