In Shanghai’s Changning Raffles City (长宁来福士) mall, there’s a new bookstore called Yan Ji You (言几又). Does that name strike you as weird? It should. It’s a weird name. 言 is used as a word by itself mostly just in classical Chinese, but then the use of 几 (grammar points here) and 又 (grammar points here) also don’t make sense. What’s going on? 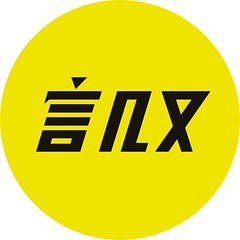 It’s not obvious, but the name as a deconstruction of the character 设, as in 设计, the word for “design.” When you break down the character 设, you can break it into “left-right” structure (⿰) first, giving you 讠 and 殳. Then 殳 can be further broken down as a top-bottom structure (⿱), giving you 讠, 几, 又. But 讠 (the “speech radical”) is just a simplified stand-in for 言, and 言 looks way better as a stand-alone character anyway, so the end result is 言几又.

This kind of naming method is not entirely obvious, even to native speakers, and it’s not super common, either, from what I can tell. You can read more about 言几又 in Chinese on their Baidu Baike page.

There are reasons to visit other than “logo tourism”… It’s quite a nice bookstore! Here are a few more shots of the place: 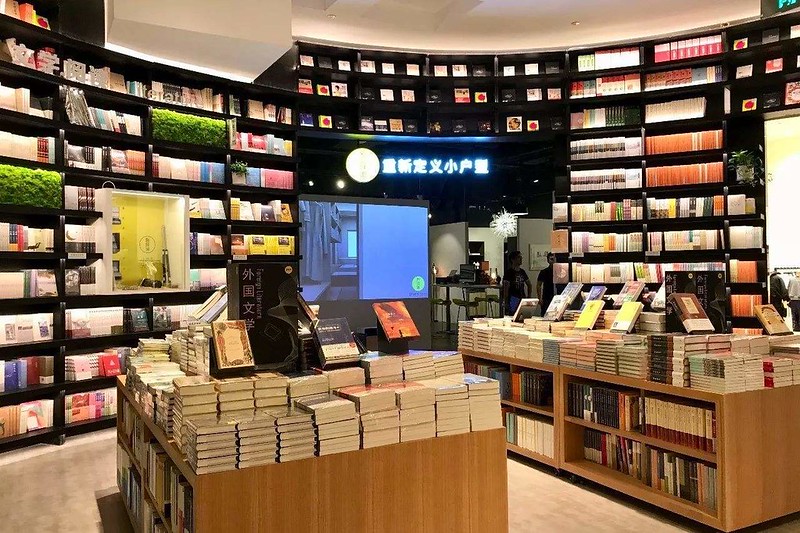 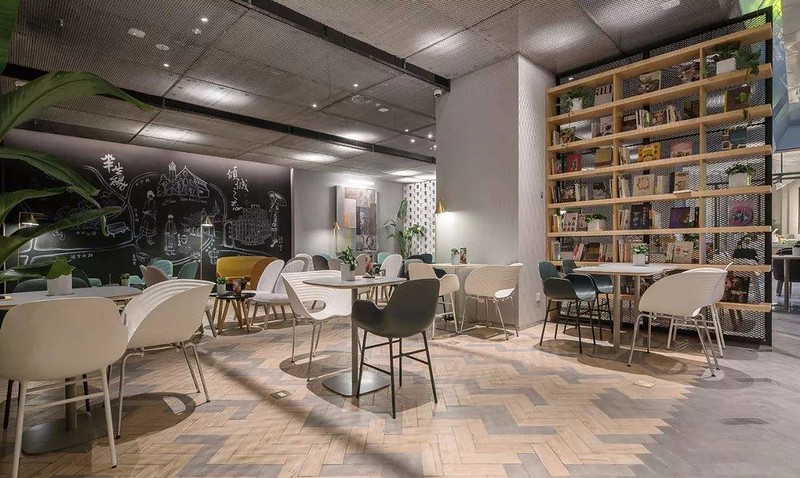 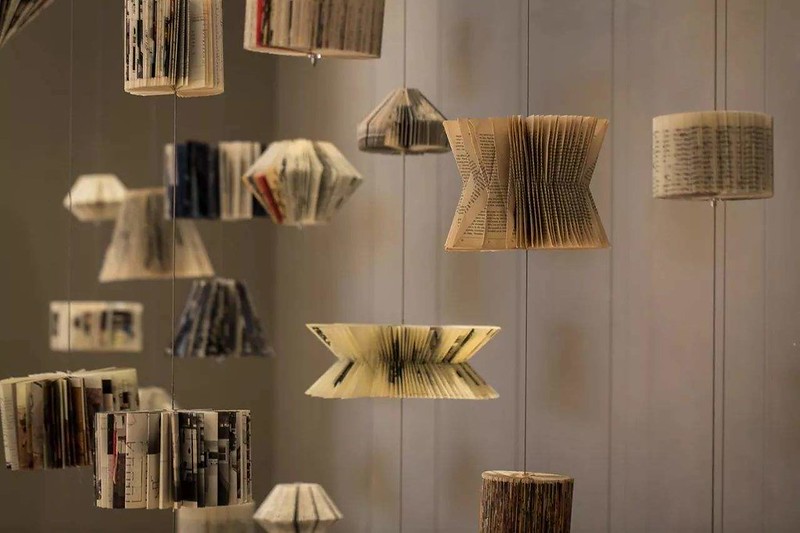 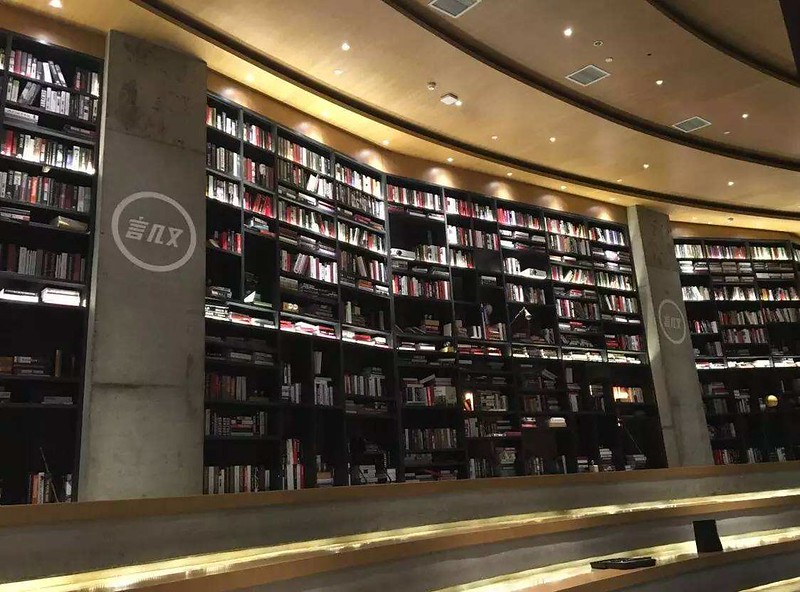 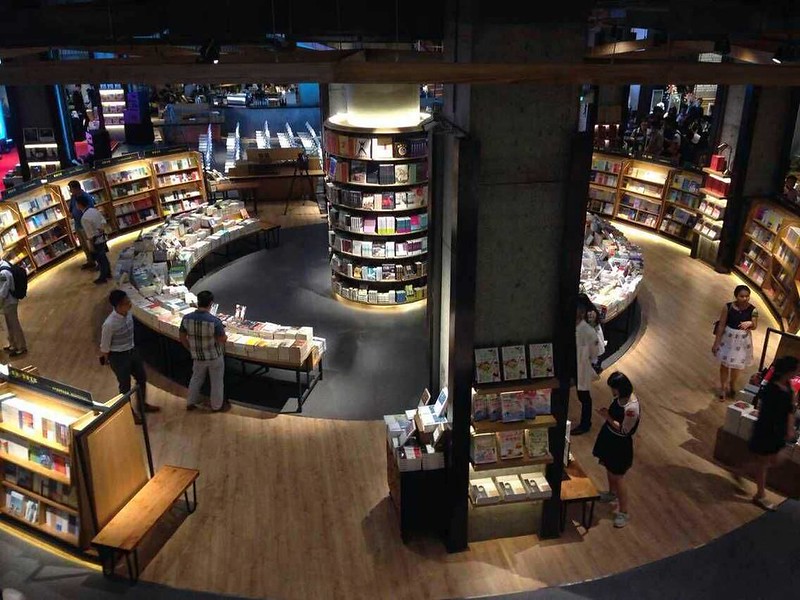