I recently attended a parent-teacher meeting at my daughter’s Chinese kindergarten. There were a number of speakers, including the principal, the head English teacher, and a highly-regarded senior Shanghainese pediatrician named Dr. Xu. His topic was, “why is my child getting sick so often?”

This seemed like a fairly simplistic topic to me, and the doctor droned on way too long, but I amused myself for part of the Powerpoint presentation by studying the bacteria names. Take for example, this guy: 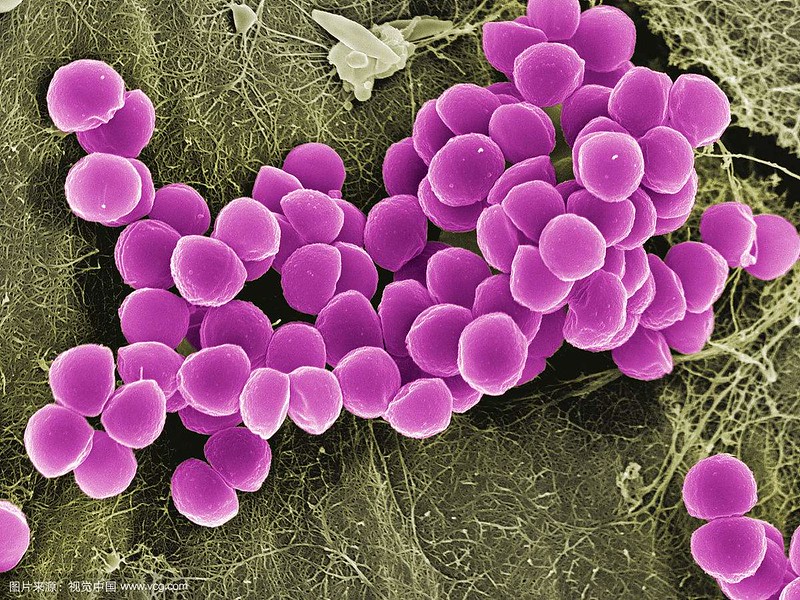 It’s an image of staphylococcus bacteria. The Chinese name? 葡萄球菌 (literally: grape-ball-bacteria). Yep, I see it. Nice. But before you get all “Chinese is so cute,” it turns out that the word staphylococcus means the same thing in Greek. (This was like my hippopotamus / 河马 “river horse” revelation all over again!)

But the most interesting part of Dr. Xu’s talk for me was the Q&A part at the end, and one of the parents asked about traditional Chinese medicine (TCM). I’ll paraphrase the doctor’s reply below:

In my view, there are only two times when you should use TCM. The first is when you go to the [non-TCM] doctor and he can’t figure out what’s wrong with you. In this case, TCM is fine. It can’t hurt!

The second is when you go to the [non-TCM] doctor and he tells you that there’s nothing wrong with your body, that it’s all in your head. If you really have to take something, then take TCM, because again, it can’t hurt!

I wasn’t expecting this response to an all-Chinese audience, and it got a few chuckles from the audience. I wonder if western medicine is more popular than TCM when it comes to treating children partly because western medicine gets results faster.