The Chinglish that Creeps in

My daughter is 6 years old now, and aside from yearly trips to Florida, she’s grown up entirely in Shanghai. Her school is a Chinese school, not an international or bilingual school, when means that I’ve had to make extra efforts if I want her to grow up bilingual. I’ve always practiced “One Parent One Language” (“OPOL”), meaning that I never speak to my daughter in Chinese, even though I’m observing her acquisition of both Chinese and English with keen interest.

I’ve written about my daughter’s acquisition of Chinese grammar in the past, but today I want to comment on how her mastery of English has been affected by her Chinese acquisition and mostly Chinese environment. 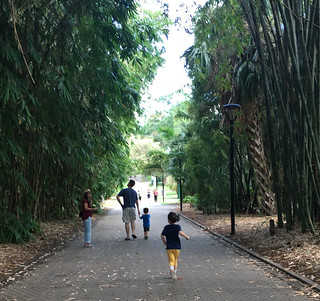 Since she’s grown up in Shanghai and attends a school where Mandarin is spoken most of the time, it’s safe to assume that my daughter’s Chinese language skills are going to be a bit more dominant. For example, I get the feeling that she’s mastering irregular verbs a bit more slowly than American kids might. I’m not worried about it; her accent is fine, and she sounds like an American 6-year-old most of the time. I’ve certainly never felt she was making mistakes that Chinese learners of English might make. …until recently.

In the past few months I’ve noticed that my daughter confuses the words “make” and “let” in her English. This is a mistake frequently made by Chinese learners of English. In Chinese, 让 has both meanings, and context makes the rest clear. In English, if you don’t get these words straight, your English sounds quite weird (and non-native). So I definitely took notice when my daughter said things like: 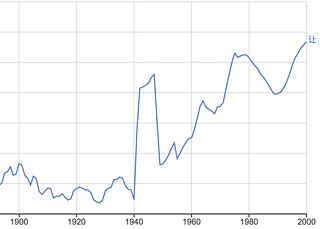 In every case, the word “make” should be used, and the word “let” is used instead. (I’ve never observed the confusion going in the other direction.) She’s generally receptive to corrections of her English (she catches on pretty quickly when I correct her on her usage of irregular verbs, for example), but this one has been a bit more stubborn.

I’m curious: do any monolingual (or at least not growing up in China) English-speaking kids make this mistake? Or is it something particular to this situation? I expect it will works its way out in time, and I’ll be interested to see if the same thing happens with my son (who is now 3).