Negative Questions Are the Hardest

There’s a certain type of question, phrased in the negative, which is answered entirely differently depending on the conventions of the language you’re speaking in. Take this English language exchange for example:

In English, we say no to the idea of going. Not going, therefore “no.” 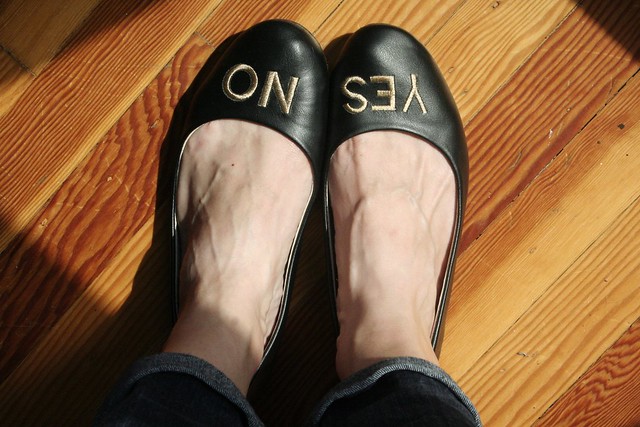 In Chinese, we say yes to the statement itself. “Not going” is correct, therefore “yes.”

This is all fairly well-known stuff. Any English teacher in China is well aware of this issue, and hopefully anyone learning Chinese is as well. Even after you know about this difference, though, it takes some getting used to. You have to think about it for a while.

What I didn’t expect is that this seems to be just as hard for my bilingual kids. Both of my kids attend all-Chinese kindergarten, but I speak with them entirely in English at home. For the most part, they’re quite fluent in English for their ages, but occasionally Chinglish creeps in a little. How they respond to negative questions is another example of this: they respond the Chinese way.

Not a big deal, but my 3-year-old is especially stubborn about answering these questions the Chinese way. He’ll get it eventually, though.

Still, if you’re feeling annoyed as a learner of Chinese that these are still tripping you up, you may take some consolation that even children, who supposedly “absorb language effortlessly like a sponge,” struggle with this. The big difference is that they don’t get discouraged, and they never ever give up.