Compassionately Featuring the Unseen in Advertising

Children with Down syndrome (唐氏综合征) are rarely seen in China, but it’s becoming more common. Still, I was surprised to see this ad in the Shanghai subway last year: 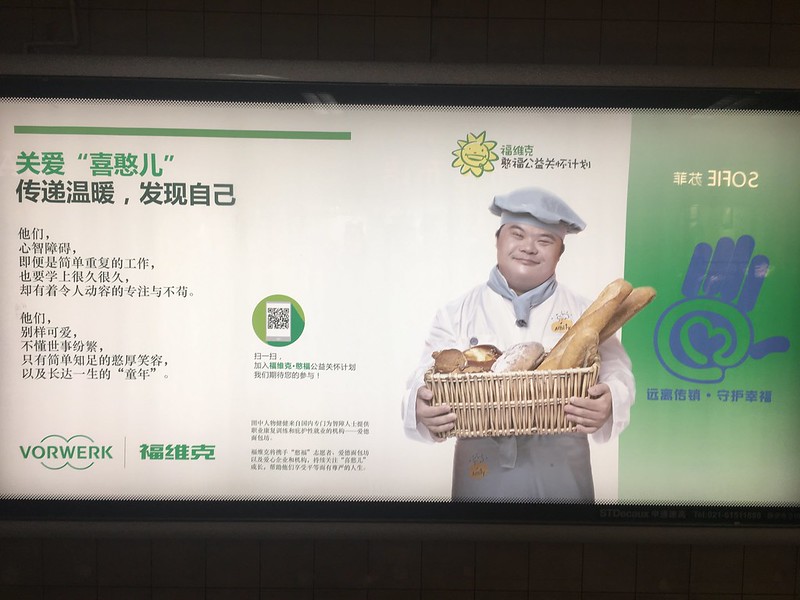 The ad is spreading the idea that those with Down syndrome can still do some kinds of work and deserve our consideration.

The word 喜憨儿 is not a common one. It apparently comes from Taiwan, and is used to affectionately refer to people affected with Down syndrome, while hinting at the condition.

This year I spotted this other billboard in the subway: 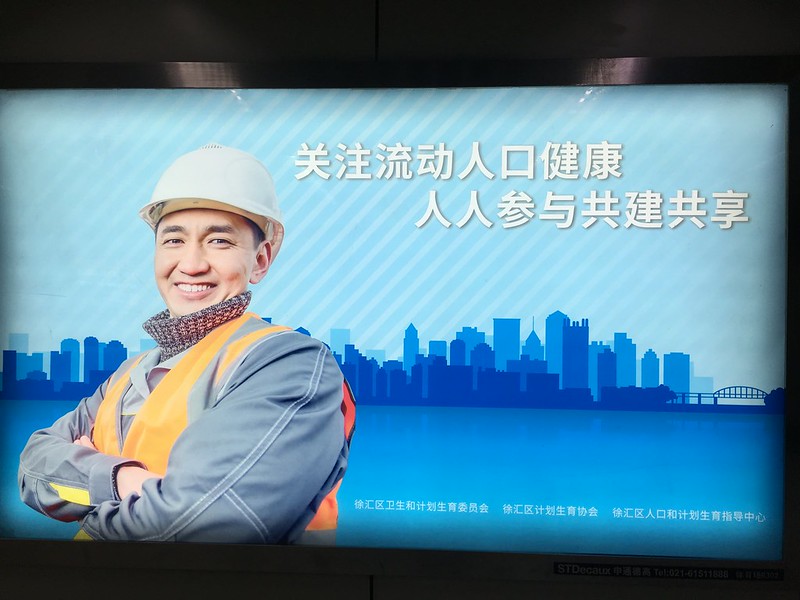 The ad is advocating paying attention to migrant workers’ health.

流动人口 refers to the “migrant worker population” in big Chinese cities like Shanghai. Their jobs are hard, their pay is low, they have little job security and few benefits (if any), and on top of that, they’re discriminated against. The Chinese word more often used to refer to these people is 农民工. In Florida we have “migrant workers” (usually Mexican), but in the Chinese case, these workers are actual Chinese citizens.