When the Teacher Strikes Back

I came across this image on WeChat: 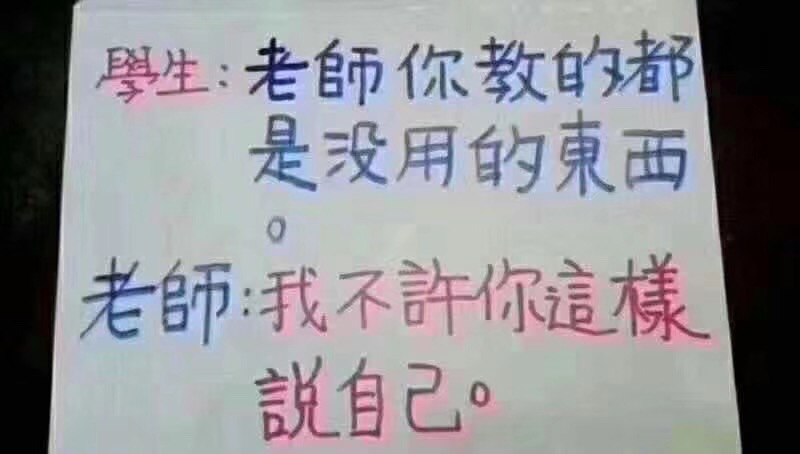 The original image was written in traditional characters. Here’s a simplified Chinese transcript:

Don’t feel bad if you don’t get it at first. Some native speakers even take a second to figure out what happened.

The other key is that in Chinese, 没有用的东西 (literally, “useless things”) can also refer to people.