The “Double 11” (AKA “Singles Day”) Chinese shopping holiday has been over for 10 days, but I think this is still worth sharing. This ad by Tmall remains the best (unintentional) metaphor for “blinded by consumerism” that I’ve seen: 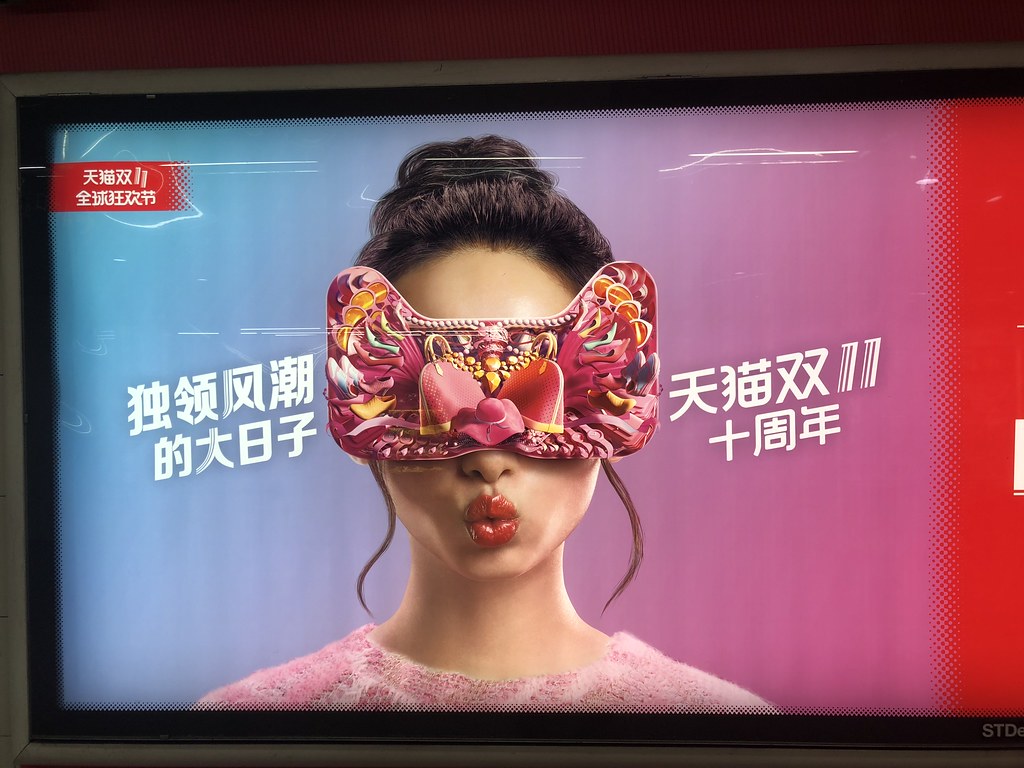 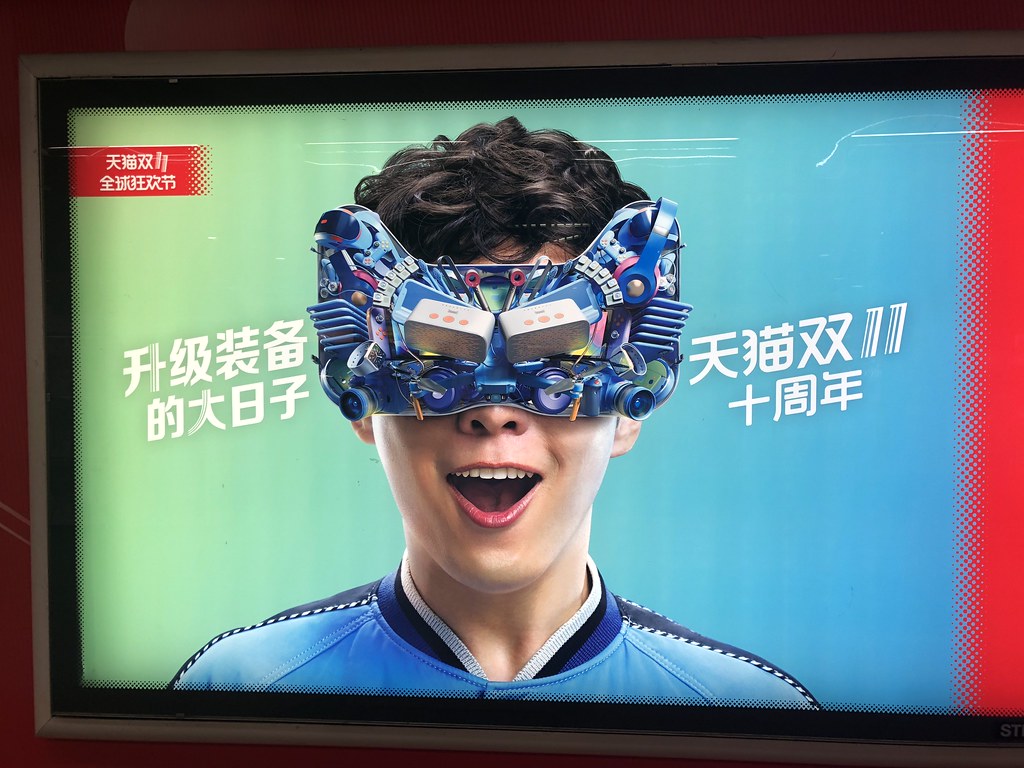 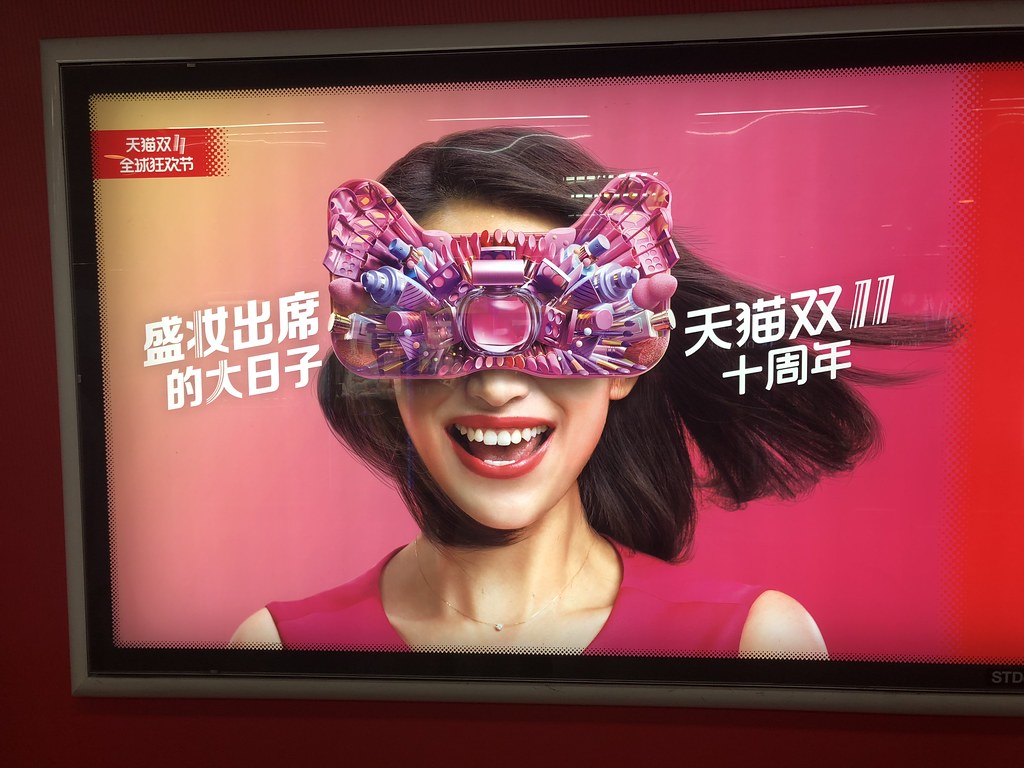 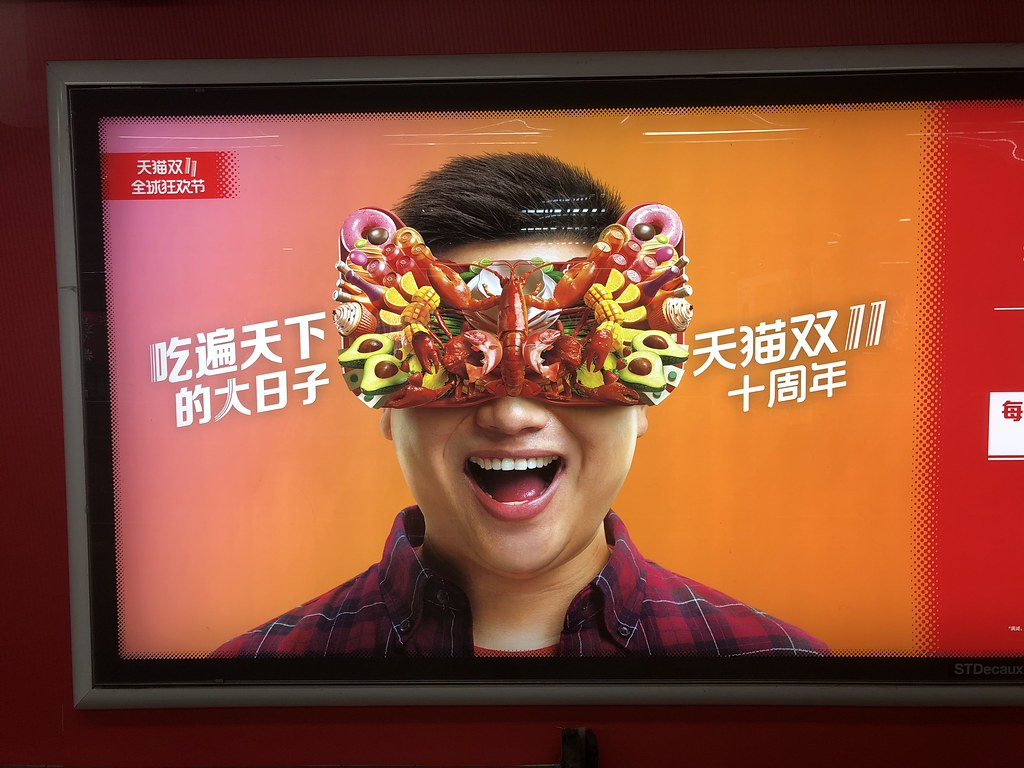 The mask is in the shape of Tmall‘s logo, a cat. Tmall’s Chinese name is 天猫, which literally means “Sky Cat,” but it seems like it was chosen based on the English name (“T” for Taobao, which owns Tmall, and “mao” sounds like “mall” to Chinese ears). 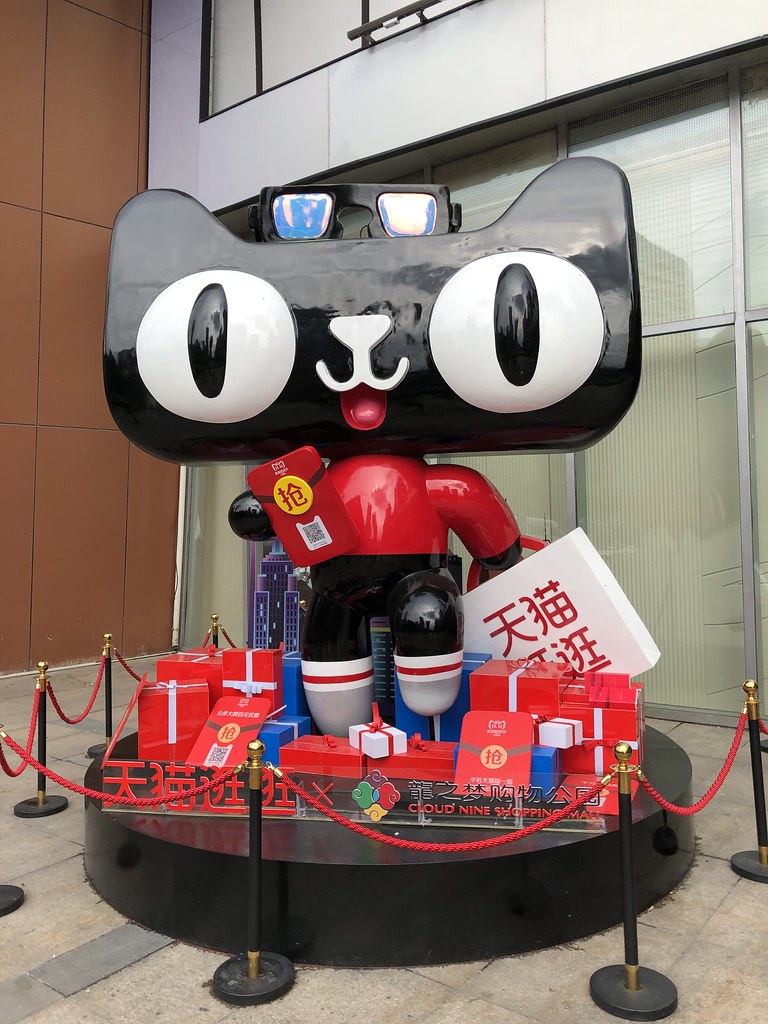 It’s funny that you sometimes see the 双11 (literally, “Double 11”) manufactured holiday translated in English as “Singles Day” (formerly “Bachelor’s Day”). This day was once celebrated as such, but in a few short years, the shopping aspect has completely taken over the “holiday.” Single people feel entirely irrelevant now. But hey… who cares about human connections when you can spend money on all these great deals??