OK, this would be amazing just by the fact that the following characters were written by hand, in chalk: 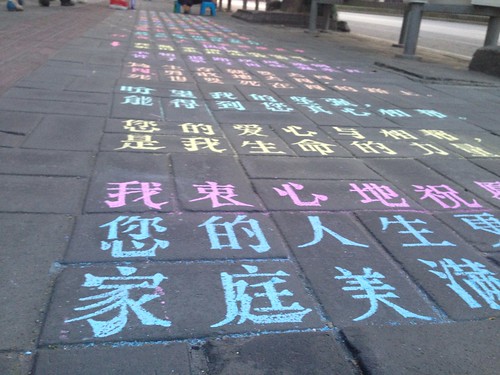 (I wouldn’t have believed that these weren’t somehow stenciled on somehow if I didn’t see the man writing the characters with my own eyes.)

…but how about that they’re also written upside down, by a farmer with no legs? 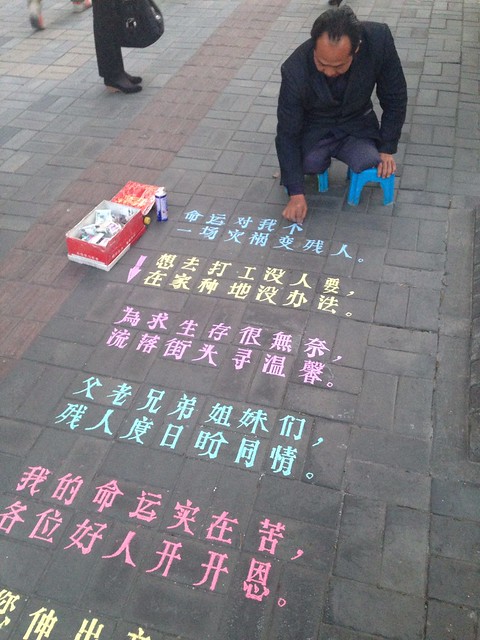 When I went by this spot an hour later after dinner, the chalk characters had all been rubbed out.