I’m used to seeing ads for fake IDs everywhere in China (sometimes as a stamp, sometimes just written in permanent black marker, nothing more than the word 办证 and a phone number), but I was surprised by this ad. I encountered it in a public restroom near Mogan Shan (莫干山): 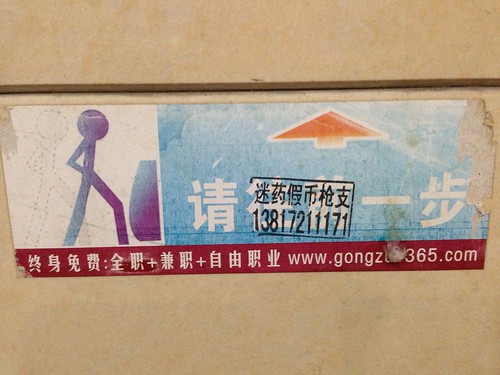 The ad is the black stamp on the “step closer to the urinal” PSA, and it’s selling three things:

All of these, obviously, are highly illegal in China. I’m not sure how such a brazen method of advertising illegal goods can be pulled off (even outside the big city).