I’ve had many conversations with learners looking for an immersion experience in China. Well, Michael Hurwitz, my friend (and former AllSet Learning client) decided to round out his China experience with a month in the Sichuan countryside (outside Chengdu) doing farm work. He went through an organization called WWOOF that sets up labor-hungry foreigners with organic farms and the like.

But is a month enough? Was it a good experience? I interviewed Mike to get his take on it. 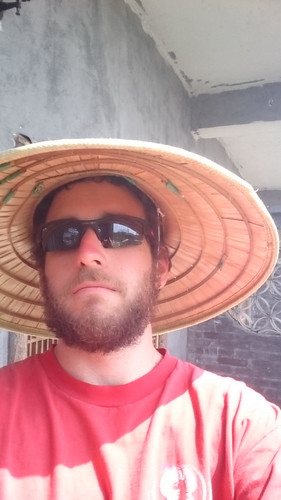 Could you explain why you felt the need to run off to the Chinese countryside for an immersion experience?

Mike: It was something I’d wanted to do for awhile, but the language element was only part of it. I was also interested in checking out a more “authentic” Chinese place than Shanghai, if that makes any sense. The lack of westerners and English speakers around was a big part of my reasoning, but I was also hoping that the stronger “Chineseness” of the 农村 [countryside] (and 农民 [rural workers], for that matter) would rub off on me a bit and that I’d understand a bit more about China, having seen a lifestyle very different than the urban one I’d been participating in.

Mike: The work itself was nothing crazy, primarily because the farm was as much about environmental education as it was about growing stuff. I mostly planted trees and pulled weeds, with lots of other work thrown in. The farm’s owner was really flexible; for instance I sometimes have knee problems (because I’m secretly a 45-year old man) and he had no problem with me forgoing work that involved lots of crouching. Towards the end of my time there, the owner even had me translate some instruction manuals for products he’d ordered from the US into Chinese! Productive work, but not quite what I’d imagined beforehand. 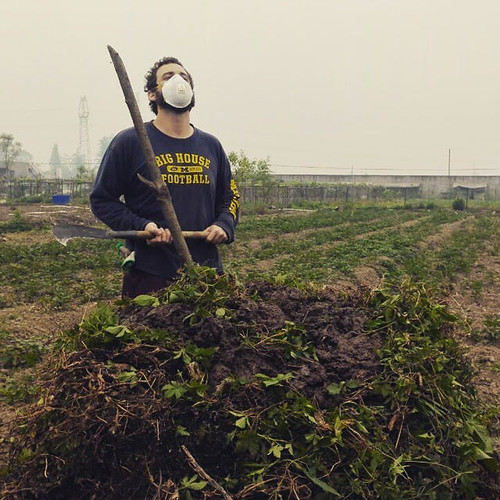 How was the food?

Mike: Food was very hit or miss. I don’t eat pork, which complicated things, as one of the 阿姨s [ayis] simply couldn’t understand that, and often left me no meat alternatives, which is tough when you’re doing physical labor all day. However, the other 阿姨 [ayi] was a wizard in the kitchen and made some absolutely magnificent dishes that I still crave. 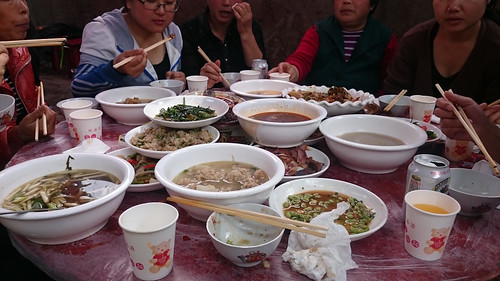 Were you able to practice a lot of Chinese? What kinds of conversations did you have? Was the location a good choice?

Mike: Definitely got a huge amount of practice. No one else on the farm spoke English, so all communication was done in Chinese. It was very productive in that it was easy to get past the normal sorts of introductory conversations and actually start talking with people about normal things grown-ups talk about.

This was very cool because so often as a foreigner you’re seen as more of a curiosity than an actual person, so you can’t really have genuine conversations, but living on the farm with the same people for an extended period helped me get past that.

The location was something of a mixed bag. While being out west meant there weren’t any English speakers, it also meant there were some very non-standard accents and a lot of older folks who just couldn’t speak Mandarin. It led to situations where I had to have younger people translate from the local dialect into Mandarin for me, which was colorful but inconvenient.

Another element was that many of the things I was doing and experiencing – farm work, new foods, new activities, etc – were things I had never had cause to talk about or learn the vocabulary for in Chinese, so there was a lot of learning on the fly there as well. It was a bit overwhelming at first but after a week or so it got a lot easier. It helped as well that the farm’s owner and his wife were Beijingers, so I could always lean on them when I needed something more 标准 [standard].

Would you recommend what you did to other learners looking for an immersion experience?

Mike: I would definitely recommend an immersion experience, but location-wise, I’d say I had mixed results. Being in a place with so many non-standard accents and weird dialects made it a less smooth experience than I’d hoped. I think volunteering somewhere with more standard Mandarin would ameliorate that though.

Would you recommend what you did as a purely cultural experience?

Mike: Most definitely. I didn’t know what to expect going into this experience but I learned a tremendous amount about farming and rural Chinese life. Most of the people I met were great and it was wonderful to see a totally different side of the Chinese experience! 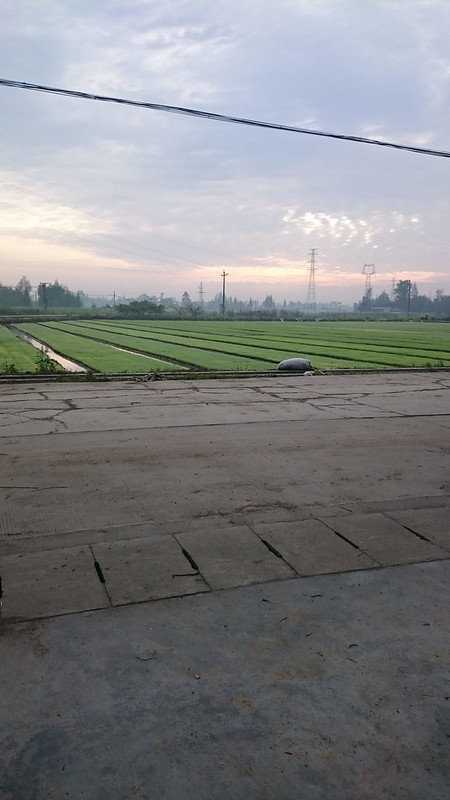