I have always felt that Jing’an Temple (静安寺) in Shanghai was a cool landmark, a gleaming Buddhist temple sitting right in Shanghai’s city center. Sure, it seems to be more of a tourist spot than an actual spiritual center, but the temple definitely imparts a certain flavor to the area.

Now the newly opened Raffles City Changning mall (长宁来福士广场) near Zhongshan Park (yes, right near the other massive mall in Zhongshan Park) has a similar landmark of its own: the Bell Tower. It used to be a church called St. Mary’s. Now it’s… I’m not sure what. (Still looks quite churchy, though.) 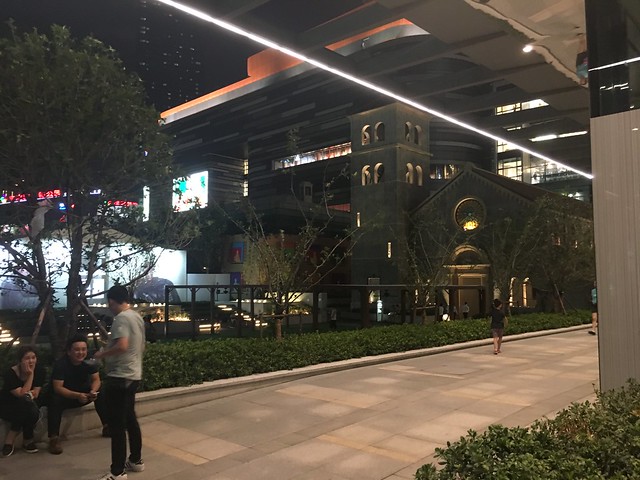 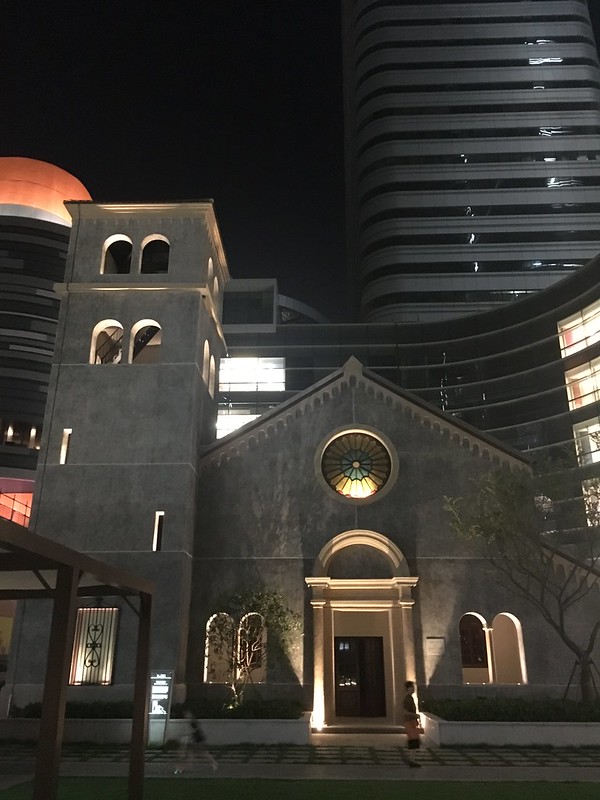 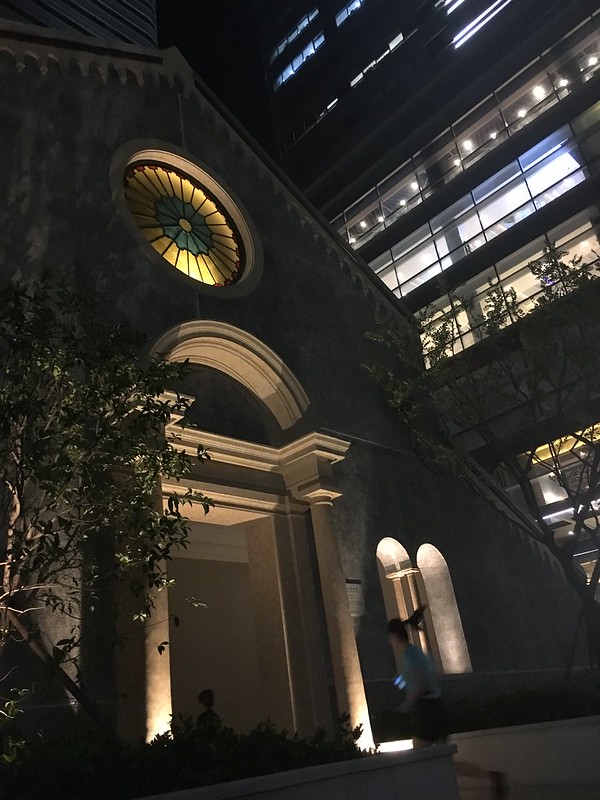 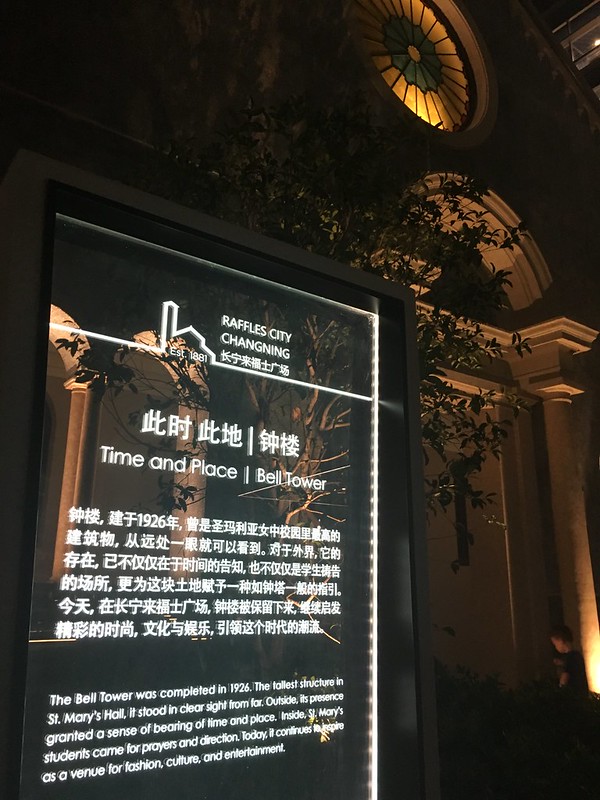 Her’s what the plaque reads:

The Bell Tower was completed in 1926. The tallest structure in St. Mary’s Hall, it stood in clear sight from far. Outside, its presence granted a sense of bearing of time and place. Inside, St. Mary’s students came for prayers and direction. Today, it continues to inspire as a venue for fashion, culture, and entertainment.