Duolingo Chinese: and then there were 3

Fans of free language-learning app Duolingo have been waiting for a Mandarin Chinese course ever since Duolingo launched, way back in 2012. In the meantime, many languages with much less demand have been added, including Greek, Hungarian, Esperanto, and even High Valyrian. Could it be that tackling Chinese took a bit more thought then other languages (some find it challenging)?

In the meantime, a few Chinese companies have stepped in to fill the gap. The first was ChineseSkill, which unabashedly mimicked Duolingo’s method with its own app. It proved quite popular.

A few years later, HelloChinese came along, bringing various new features and innovations to the method. Then ChineseSkill and HelloChinese became engaged in a feature war which, one could argue, greatly benefited the users of the apps. HelloChinese (led by my former ChinesePod co-worker Vera) gained quite a following in the process, proving that a spunky little startup can totally take on a well-funded traditional company.

And now Duolingo has finally decided to join the game. It makes me wonder what will happen to the other two apps. Will they immediately fade into obscurity? Will they innovate more furiously, only to be copied by Duolingo? Will they evolve into something else entirely? Only time will tell, but in the meantime, it’s a good time to be a user of Duolingo-like apps if you’re trying to learn Chinese. 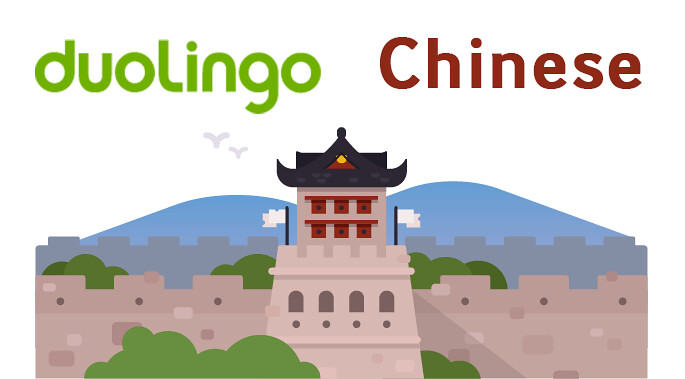 I haven’t tried out the Duolingo Chinese course myself yet (or any Duolingo course, for that matter, since testing out the platform with French, years ago). I’m not a huge fan of the method, although I recognize it has value, particularly for building vocabulary in an addictive way. It’s just not a “complete method,” as it may want you to believe. But hey, it’s definitely high quality, and free.

Has anyone out there started the Mandarin Chinese course? What do you think?

Update: Duolingo does indeed seem to have updated its platform to cover the challenges of learning tones and learning Chinese characters. See Duolingo’s blog post on the Chinese course for more details.