I was surprised to see this new bus schedule display screen using what appears to be e ink for its display: 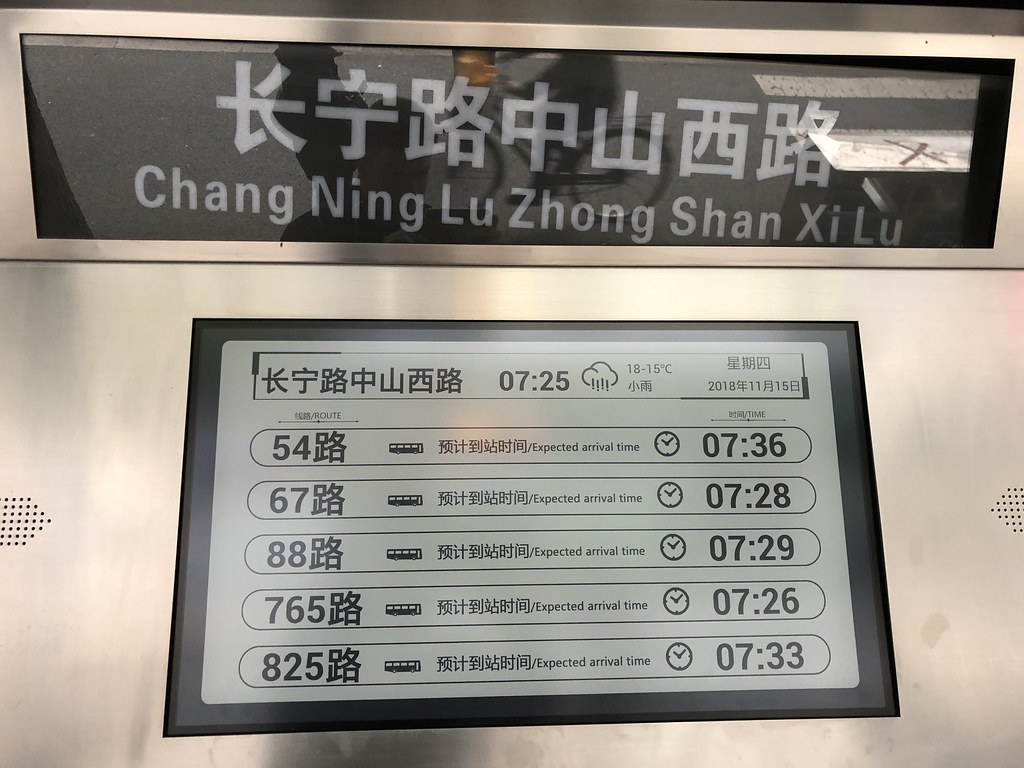 I did a double-take at first, thinking it had to be paper. (Obviously, it’s a screen.)

Pretty cool! I had no idea that this technology was being applied in this way. Curious if this is just a tiny experiment, or if this kind of display is rolling out at a larger scale already. E ink totally makes sense as a way to roll out more dynamic (networked) announcement boards across the city at a lower energy cost.

One of my co-workers remarked that there’s a conspicuous lack of ad space on the display. Other similar bus stop displays have used conventional monitors to show the bus ever-changing schedule alongside video ads. This does seem like a user-friendly lower-cost option, though.