I’ve noticed around Shanghai that certain places of businesses sometimes put up big ads announcing they are hiring which also list specific jobs and their respective salaries. Below are three examples I’ve seen in the past few months. 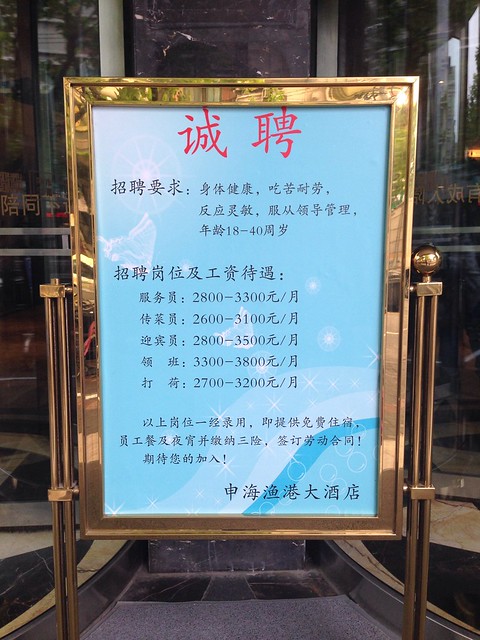 Note: The original Chinese job titles are actually gender neutral, but I added gender into some of my translations for ease of translation. Also, 打荷 is not a word you’re going to find in your dictionary. 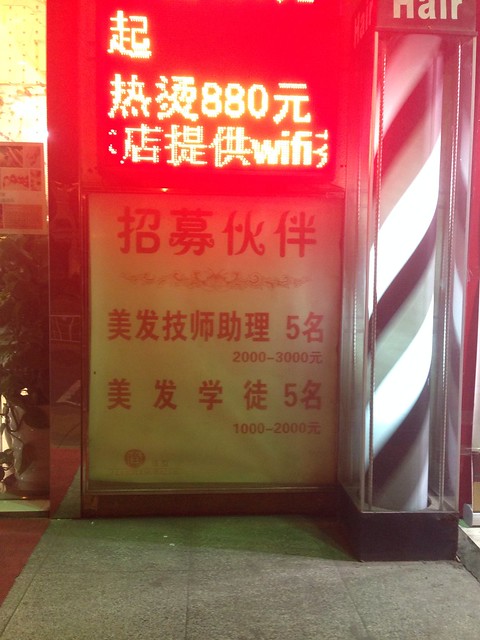 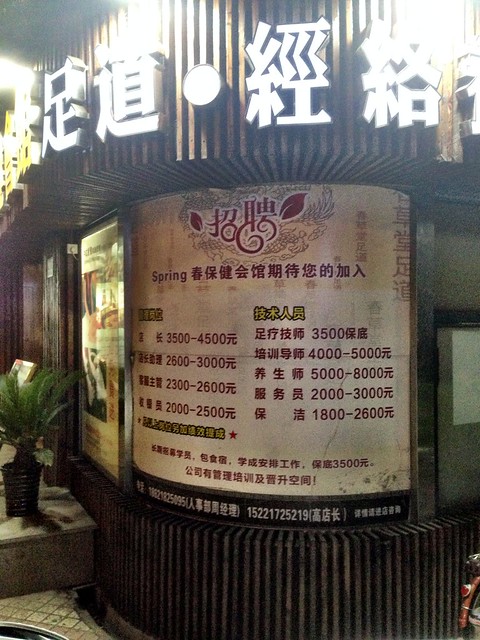 Keep in mind that in China salaries are normally given as monthly pay, rather than yearly pay. (So, for example, a salary of 2000 RMB per month would be roughly 320 USD per month, or $3,840 yearly.)

I find this kind of peek into workers’ wages interesting, because China’s economy is changing fast, and not at all uniformly. As an employer in Shanghai I’m acutely aware that salaries are steadily rising, although clearly there are many industries and sectors of the workforce where the wages here are still relatively low.

Are these the real wages you get if you apply? Does pay really range from the low end to the high end of the ranges given? Sorry, I can’t help you there.