It doesn’t feel like the movie Big Hero 6 (called 超能陆战队 in mainland China) was hugely popular in Shanghai, but the character Baymax sure is! I see him everywhere these days. His Chinese name is 大白, literally, “big white.” 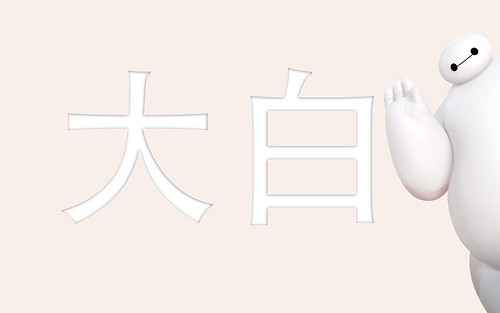 To me this name is cute, because it reminds me of 小白, a common name for a dog in China (kind of like “Fido” or “Spot”), except, well… bigger. When I ask Chinese friends, though, they don’t necessarily make the same connection.

The name 大白 also lends itself well to a little characterplay: 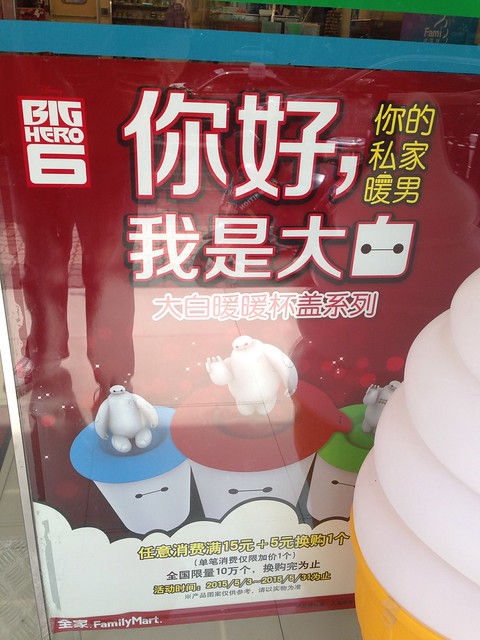 The eagle-eyed will also spot a little characterplay going on with the word 暖男, which is a relatively new slang term. Literally “warm male,” it refers to a sensitive, considerate guy. Chinese ads often go out of their way to incorporate the latest slang as much as possible.