“True Detective” in Chinese is Sneaky

I just finished Season 2 of the bleak HBO TV series True Detective, and enjoyed it (although it depressed me a bit). I’ve had a few discussions with Chinese friends about the show, and I realized that the Chinese name of the show is worth a mention. 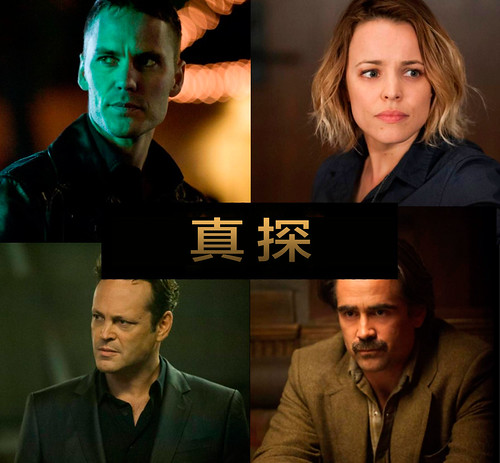 So the Chinese name of the show is 真探. The word for “detective” in Chinese is 侦探. Notice that both are pronounced exactly the same: “zhēn tàn.”

So if you’re hearing the name of this show in Chinese for the first time, you’d probably think it is just called “zhēntàn,” translating to “The Detective” in English. You have to actually see the characters to realize that a “True” has been slipped in there. (Makes me think of a line from the show intro: “I live among you… well disguised.”) It’s different from the common character swaps you see in Chinese brand names because it’s actually a translation, and it’s the fusing of two meaningful words into one.

And this got me thinking about similar wordplay for other names. It’s not a true portmanteau, as I understand the term, because there is no phonetic fusing going on. The “fusing” is entirely writing-based, but extends to meaning once you see it. We can do this in English too, I’m sure, but I can’t think of any examples right now.

I actually see this a lot going the other way (semantically) in Chinese: a name makes you think of certain meanings associated with certain characters (that you think you hear), but then the name purposely switches out those characters (in an attempt to be more “subtle”?). One example of that is 肯德基. (The Chinese name for Kentucky is 肯塔基州, but since it’s the name for KFC, the brand could have used 鸡 instead of 基). Another examples is 珍爱网, a dating site, which is clearly playing on the “true love” meaning of the word 真爱.