Skipping the Line at Burger King with WeChat

One of the interesting things about living in Shanghai is seeing new technology integrated into daily life across the city fairly quickly. Two significant recent examples include mobile payments (WeChat, AliPay) and bike sharing (Mobike, Ofo). But WeChat is enabling lots of other cool changes as well.

The other day I went to Burger King and there was a fairly long line. 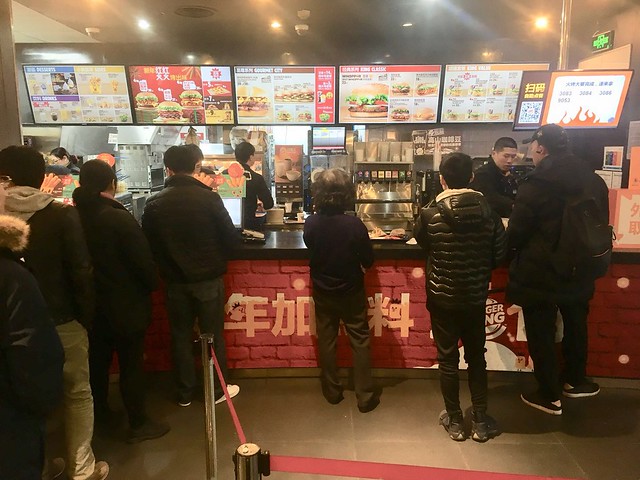 I noticed this banner telling me to scan the QR code and order on my phone to skip the line: 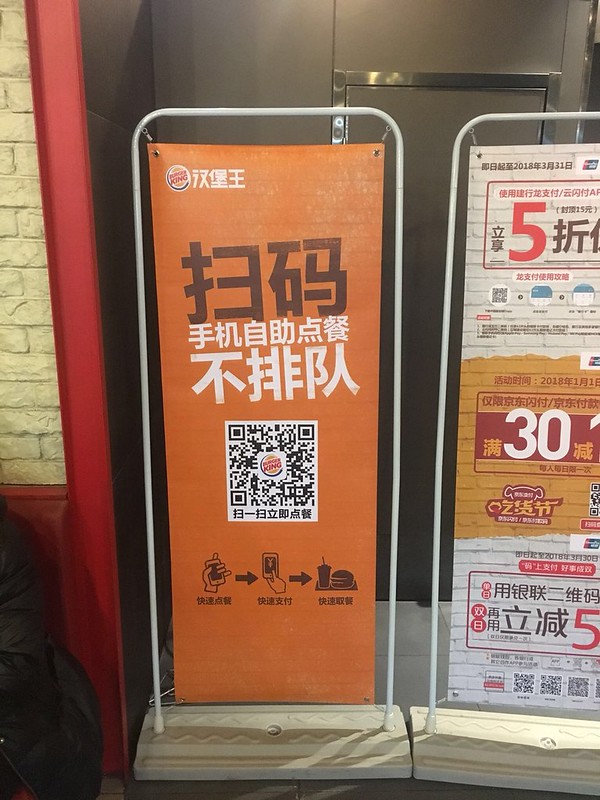 I don’t always go for this kind of thing, as sometimes the “quick and convenient” way ends up being more hassle (the Shanghai Metro’s recent launch of QR codes for subway ticket payments is a great example of that). But this time I decided to give it a shot. 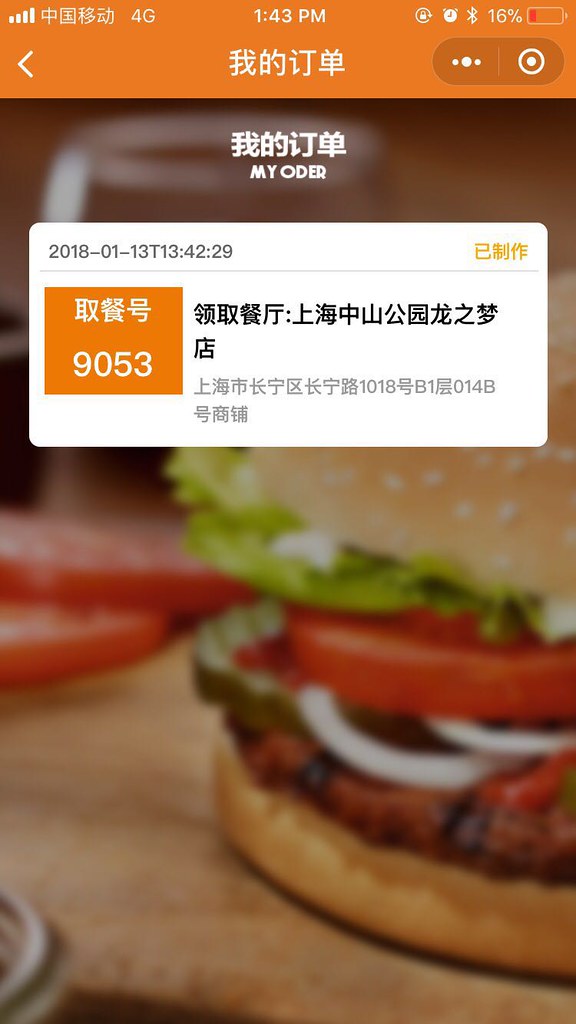 It was, indeed, easy and fast, and I think I got my order sooner than I would have had I stayed in line.

It was pretty clear to me that Burger King is essentially using the same system used to prepare orders for delivery guys: the user orders on the app, and the delivery guy picks it up in the window. This implementation is simply combining the two for one user. And it utilizes WeChat, so it’s not even a totally separate iOS or Android app. The only flaw I saw was that it didn’t auto-detect which store I was in; I had to choose it. Had I accidentally chosen the wrong location, that would have been quite annoying for both sides.

Still, interesting to see this. McDonalds in Shanghai has had touchscreen order kiosks for a while, but shifting the ordering to WeChat (which virtually every consumer in Shanghai uses) adds a new level of convenience.